The season of wooden rafts near Strečno has begun 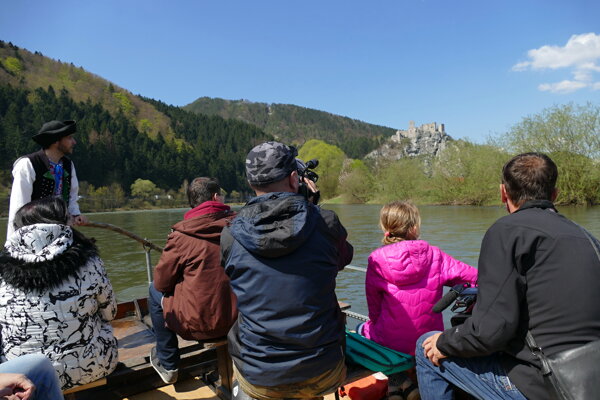 Raftsmen from Strečno have been transporting visitors around the rocks Margita and Besná, along with the village's nearby castles, for 20 years now.

Pavol Albrecht from the First rafting company says the wooden rafts have transported about 100,000 people from all around the world by now.

The tradition of rafting that is tied to the history of the most beautiful and most dangerous section of the Váh river near Strečno was renewed in 1999 after six decades.

“There are four enthusiasts among us,” recalls Albrecht, as quoted by TASR.

The company prepared a prototype of the raft Strečno that was co-created by the Department of Water Transport of the University of Žilina. Afterwards, they attended the first cruise and then started to raft.

After they established the First rafting company, six other men were trained as guides. Today, they have about 30 to 40 raftsmen available during the season. If the interest is high, they are able to transport tourists on ten rafts at the same time, as that is the number of wooden rafts they owned. 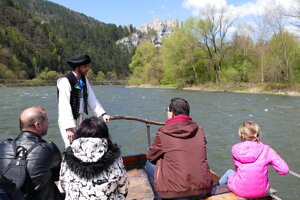 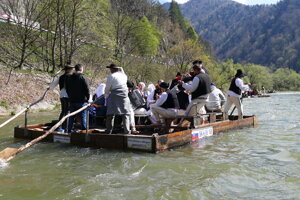 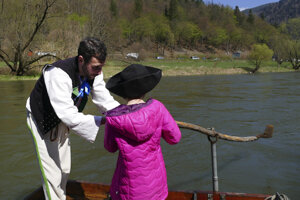 Co-founder of the rafting tradition is also the former mayor of Strečno Alfonz Klocáň. “We started something that has not been known for a long time,” he said for TASR. “But we believed our tradition and beautiful nature.”

He opined that there is a lot to show people today and even 50 years from now. It also helped boost tourism in the village. Besides the ruins of the castle, it is another attraction that is good for accommodation providers and restaurants.

Spending a day in Strečno

The rafting starts at Bariérová point and lasts about 50 minutes. The rafts go around legendary spots – Margita a Besná and then under Old Castle and Strečno.

“There are many technical and historically interesting spots and natural beauties,” said Albrecht, as quoted by TASR.

After rafting, tourists can visit ruins of castle Strečno, the monument of French partisans and the new lookout tower.

Rafting started back in the 11th century, but it became much more popular in the 18th, 19th and 20th centuries. With the start of railway transport between 1915 to 1935, rafting almost vanished in Slovakia.