Husák has blood on his hands. Should the communist leader be the greatest Slovak?

The public broadcaster RTVS invited another communist to the programme The Greatest Slovak, this time to defend Gustáv Husák's legacy. 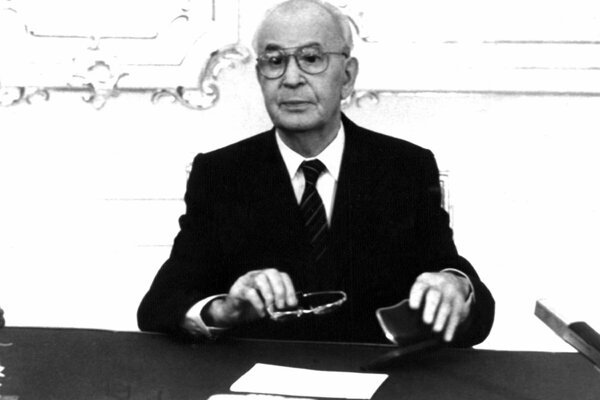 In April 1954, Slovak politician Gustáv Husák, who 15 years later became the Secretary-General of the Communist Party of Czechoslovakia (KSČ), had to defend himself in the courtroom. Thanks to his admirable defence, in the end a judge gave him “only” a life sentence.

In April 2019, Husák was again on trail. This time, he was defended by historian and current leader of the Communist Party of Slovakia (KSS) Jozef Hrdlička on the TV programme of public broadcaster RTVS , The Greatest Slovak.