The investigation started after the victim wrote a letter to the congregation. 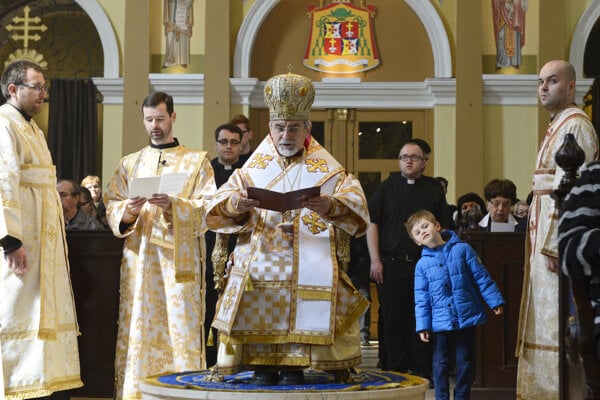 The Vatican has started an investigation into the case involving Slovak Greek Catholic Bishop Milan Chautur who is suspected of sexually harassing an underaged girl, the Kathpress newswire reported.

The case will be considered by the Congregation for the Doctrine of the Faith.

The Slovak Spectator informed about this case in September 2018. The victim, who is now an adult, has since decided to go public. She revealed her name as Martina O’Connor in an interview with the Denník N daily at the end of April 2019.

O’Connor said that about 30 years ago, when she was still a child, the bishop touched her in intimate places. However, Chautur's response to this accusation was that he just gave her an ordinary kiss.

“It is normal to kiss a child, people do it all the time and they do not have ulterior motives,” he said, as quoted by the ČTK newswire.

Nuncio replied with the investigation

O’Connor sent a letter to the Congregation for the Doctrine of the Faith at the beginning of March. She informed the institution that she has decided to speak with the media about her experience, as the Postoj.sk website wrote.

“I received a response from the apostolic nuncio in the UK dated March 29,” said O’Connor, who is now living in the UK, as quoted by Postoj.sk. “He informed me, that the congregation read my letter and they paid proper attention to it.”

The nuncio also informed her that the congregation has started an investigation.