Blueberries as a lifetime love?

Barbora Figľušová, who established a blueberry farm, could not imagine living anywhere else but Horehronie. 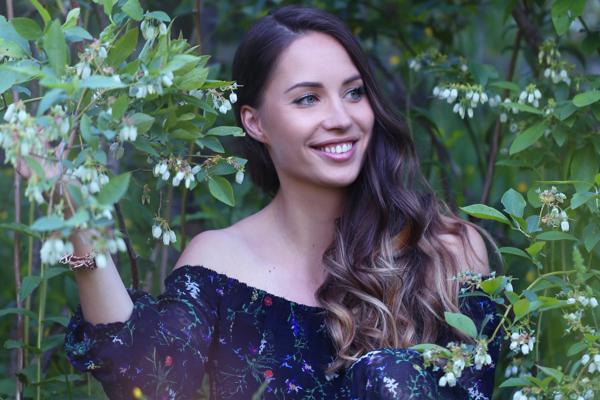 ‘Čučoriedka’ is one of the first Slovak words foreigners typically learn from their Slovak friends seeking to demonstrate how hard the Slovak language is to learn. Slovaks consider the word they use for blueberry as one of the most pleasant sounding. In a 2009 online vote it was chosen as the most beautiful Slovak word.

For one Slovak, Barbora Figľušová, blueberries mean much more than a word or fruit. She has built her business on the tiny sweet fruits. Since then, she has received a number of awards, most recently as Slovak Businesswoman of 2018 and in the Forbes 30 under 30 ranking.

The business idea first occurred to her while living abroad. She studied diplomacy, travelled a lot and worked in foreign countries. She spent her summer holidays regularly in the US and UK. After her studies, she had a chance to stay in the UK, but she decided to go back to Slovakia, to the central-Slovak region of Horehronie she hails from.

“Studying, travelling and encountering new cultures and traditions contributed to a more intense perception of my own roots, realising where I belong,” Figľušová told The Slovak Spectator.

Homecoming was not a hard decision. She could not imagine living somewhere else for a long time.

“No country can replace my beloved Horehronie.”