What do we know about Kiska’s emerging party?

We have each others' phone numbers, Kiska said when asked about being open to joining forces with the democratic opposition. 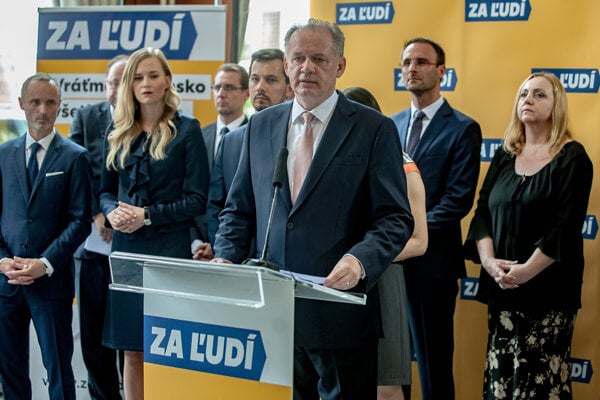 After five years as the top constitutional official, Andrej Kiska was succeeded in the presidential post by Zuzana Čaputová. He is not retiring, despite his earlier suggestions that he would do so.

“I will not establish a political party, I will not be a candidate to the national parliament and of course I'm not considering becoming Prime Minister at all,” Kiska said in his Facebook video from April 12, 2017. Two years later, he admits he might vie for the prime ministerial post.

After the murder of journalist Ján Kuciak and his fiancée Martina Kušnírová, he intensified his criticism of the current ruling parties. He announced that he would remain in politics and on April 2 he said he would establish a new party.

The party’s name is Za Ľudí (For the People). 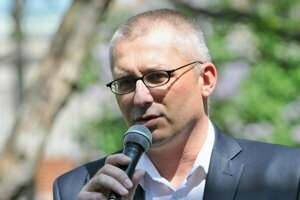 Read also:Kiska’s project will not be a party of Bratislava Read more

“This is not a party of one person, this is a team of the best people for Slovakia,” Andrej Kiska said on June 17, when presenting his new party at a press conference in Banská Bystrica, surrounded by the dozens of people who were going to be members of his new party. Some of the biggest names that initially appeared in connection with his new political project, like that of former PM Iveta Radičová, were not among them.

Programme in the making

The location was not coincidental, Kiska said. Bystrica is the heart of Slovakia and it is where people fought a great battle to defeat fascism: the Slovak National Uprising in 1944. Kiska also repeatedly stressed during the press conference that his team is composed of people from all the regions of Slovakia.

Read more articles by the topic
This article is also related to other trending topics: Juraj Šeliga