World Refugee Day: A whole world under one umbrella

With all of the prejudice and the anti-migration movement, it is very important that someone is saying the opposite, says organiser of Umbrella March. 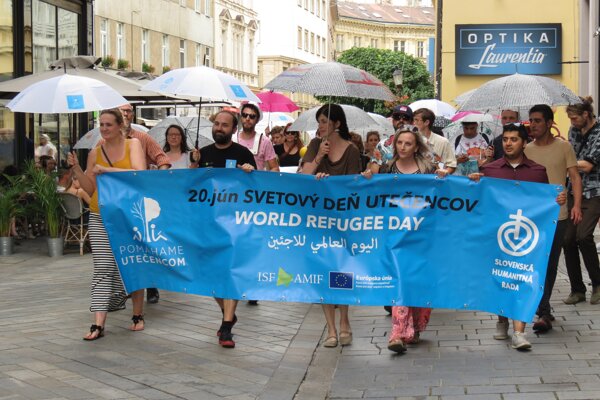 Bleating sun, characteristic of a Bratislava summer, brushes across a moving sea of umbrellas, which is drawing the attention of many curious passersby in the centre of Old Town.

Some umbrellas are fluorescent, others checkered. One umbrella even has cat ears. The diversity in colour scheme and patterns alone, coupled with an enthusiastic drum line, is a clue as to what this unusual march around town represents. 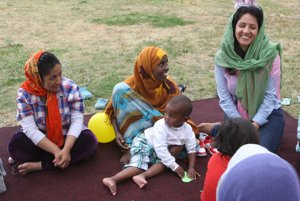 Read also:Slovakia can be a home to refugees Read more

‘‘The umbrella symbolises shelter, or some type of protection, which is very relevant for refugees who are seeking protection, both physically and symbolically,” said Laco Oravec, leader of the June 16 march.

The art of inclusivity

Umbrella marches have been held in many different cities in Europe and beyond since 2010 in a show of solidarity for World Refugee Day, which falls on June 20. They serve as a peaceful and visually-beautiful counter-narrative to the tale we hear too often throughout Europe: migrants and refugees are dangerous and we do not welcome them here. 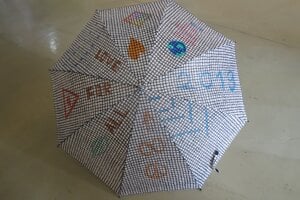 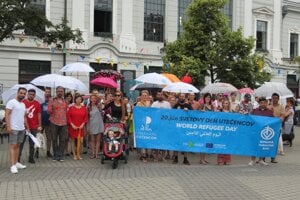 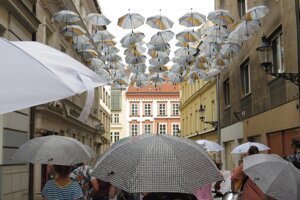 “We want to show that regular inhabitants of Bratislava and Slovakia as a whole are not just those who have Slovak nationality,” said Nina Galanska, director of the Milan Šimečka Foundation.