Theatre of the Oppressed gives a voice to the unheard

In forum theatre, audience members, referred to as “spect-actors”, can stop the play at any time and intervene. 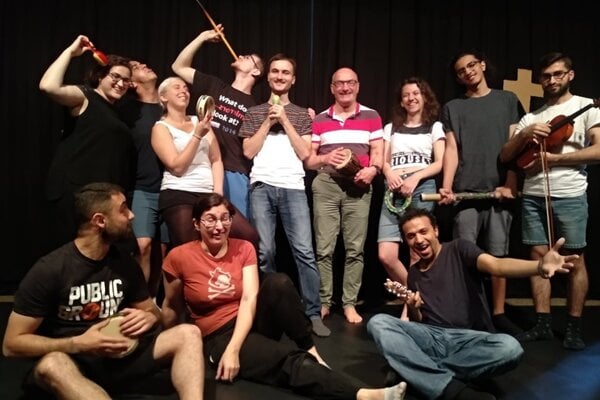 In a play within a play, a homosexual couple are at a Slovak church service alongside a couple of enraged older women. They sneer and spit at the men until they are interrupted by the priest, only to be interrupted by the headmaster, who tells the teacher in charge to cancel the play because it goes against “traditional family values”.

The concept of forum theatre is both simple and intense: during the performance, audience members, referred to as “spect-actors”, can stop the play at any time and intervene by taking the place of one of the actors. However, they can only replace the oppressed, never the oppressor.

On June 16, several audience members morphed into “spect-actors”, taking to the stage after yelling “stop”. One gentleman tried to reason with the teacher as a student, while another woman took the place of the teacher, appealing to the headmaster as an equal by requesting eye contact as she took notes. Although the headmaster didn’t change his mind, his listening skills improved slightly.