What changes does the law on road transport put into place?

Holding a phone while driving will be prohibited and the fine resulting from a violation will increase as of July 1. 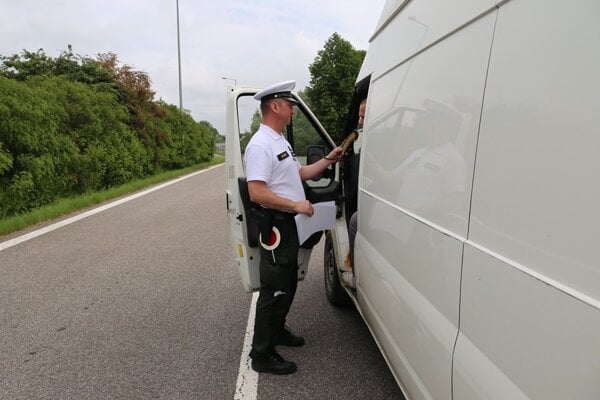 Electric and hybrid cars will get a green number plate, and fines for holding a phone and other audio-visual devices in hand while driving will go up at the beginning of the summer holiday.

The Interior Ministry presented the changes to the law on road transport back in January and the government adopted them on June 19. They will come into force on July 1, the ministry wrote in a press release.

How to punish foreign cars

The police have used the objective responsibility system, which allows them to fine drivers without the need to pull them over, for a few years now. To improve the collection of these fines, the amended law will enable them to withhold a driver's documents and number plates if the previous fine was not paid in due time.

The Interior Ministry will also introduce a new kind of sanction from July 1. If the police come across a car that has violated the rules but the driver cannot be located, they can fine the driver right on the spot.

The goal of this measure is to punish all the foreign vehicles that violate the rules but cannot be punished via the objective responsibility system.

Making the electronic application for car registration easier was one of the reasons why the ministry decided to amend the law.

The online registration of vehicles will hence not require a driver's visit to the traffic inspectorate from July 1. All the documents will be sent to the driver by post.

Moreover, drivers will not be required to have their vehicle documents physically compared with the data on the vehicle anymore.

It will be possible to carry out some of the vehicle registration procedures at any traffic inspectorate in Slovakia. This includes the change of address and the exclusion of a vehicle from the car register.

Moreover, the special number plates will be valid for a longer period of time.