Ruling coalition relied on the votes of extremists. 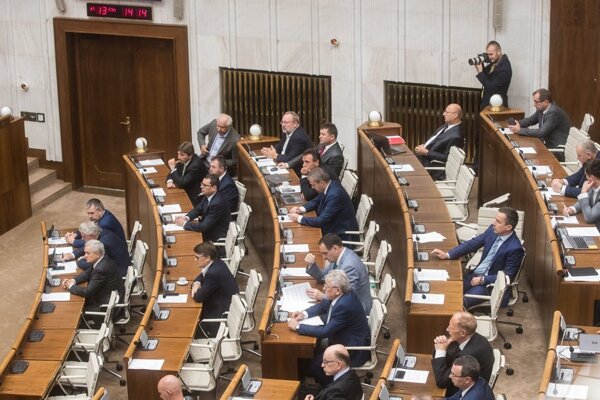 It took the ruling coalition just a little more than one day to change the rules for financing political parties. They relied on the votes of ĽSNS and Sme Rodina. The new rules are likely to mainly impact new political parties that cannot reckon with millions of euros from the state like parliamentary parties do.

Eight months before the parliamentary election, the ruling coalition pushed through a law limiting sources of income for political parties, and changing campaign rules. Under the new regime, political parties will only be allowed to accept €3.5 million in donations and loans within the four-year election term. There is also a new limit on annual contributions from party members.

Parties can no longer rely on money from so-called third parties either. These are people, companies, and even political parties that were allowed to send up to €100,000 to a candidate or a party.

Parties receive money from the state based on their election results.

Opposition parties and experts criticised the way the coalition pushed through the changes the most. A law like this typically takes months to go through the approval process before MPs give it the final green light. In this case, the ruling coalition first presented the draft law on the morning of Wednesday, June 26. By Thursday noon they managed to push it through the committees and the plenum in a short-tracked legislative procedure and pass it.

"This is no democratic culture for complicated issues like this to change within a few hours," said the head of the non-governmental watchdog Transparency International Slovensko, Gabriel Šípoš.