Bookworms get a sanctuary in the Slovak National Gallery

The Kornel and Naďa Földváry Library is both a traditional library as well as a piece of art. 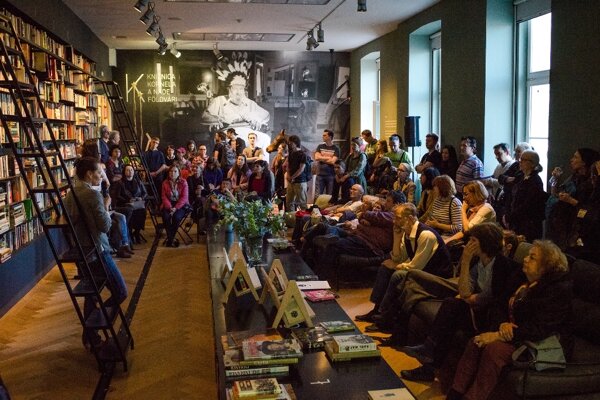 Rumour has it that when writer, caricaturist and passionate book lover Kornel Földváry needed a book from his own library, he went to the public library to borrow it. This was because it was too difficult to find this particular book in the piles of books stacked everywhere in the apartment in Bratislava in which he lived with his wife Naďa. Now this patron of bookworms has his first sanctuary. The Slovak National Gallery has opened the Kornel and Naďa Földváry Library in Esterházy Palace.

“It’s a memorial and tribute to a man who had a really hard life,” said Alexandra Kusá, the SNG general director, adding that even though suppressed during the previous communist regime, Földváry remained an optimist. “He could not sign his works under his own name and in spite of this he found a very beautiful meaning to his life.” 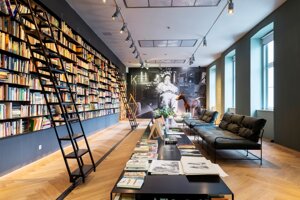 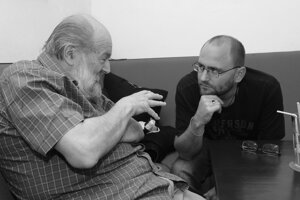 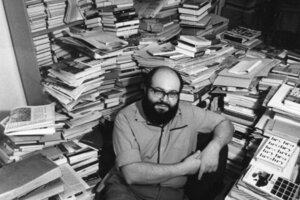 “This is a classical home library, in which a cookbook sits next to War and Peace; adventure novels by Karl May next to world literature,” said Kusá. “We approached it as a cultural-social space and we want people to use this space as an urban library.” 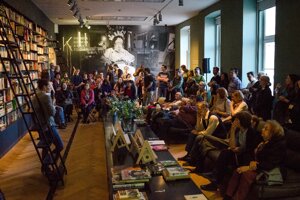 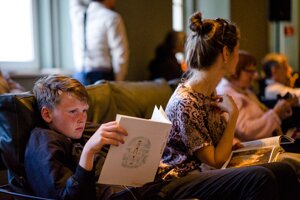 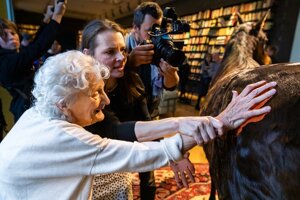 It was Peter Krištúfek, writer, film director and personal friend of Földváry, who started with the catalogisation of the book collection. This was when an ageing Földváry began to suffer from health problems and Krištúfek wanted him to better move around the apartment. When Földváry died in 2015, Krištúfek made a proposal to his widow to create the Kornel Földváry Library from this extensive book collection. Firstly, he intended to open it at the University Library, but later Kusá suggested to him to launch it at the SNG. Naďa Földváryová liked the idea and donated all the books to the SNG.

After Krištúfek unexpectedly perished during a bus crash in 2018, Kusá took over the unfinished project. They firstly wanted to recreate how the books were piled in Földváry’s apartment, but they opted for book shelves. The books are not randomly arranged, though it might look so.

“It’s organised chaos,” explained Kusá. “When taking out books from Földváry’s apartment, Krištúfek put them in banana boxes. So, we put them in this order – one shelf is one banana box.”

As a result, the library is both a traditional library as well as a piece of art. Naďa Földváryová, now in 86, likes the library very much.

“It’s as if the books got a second life here,” said Földváryová during the ceremonial opening of the library in mid-May.”