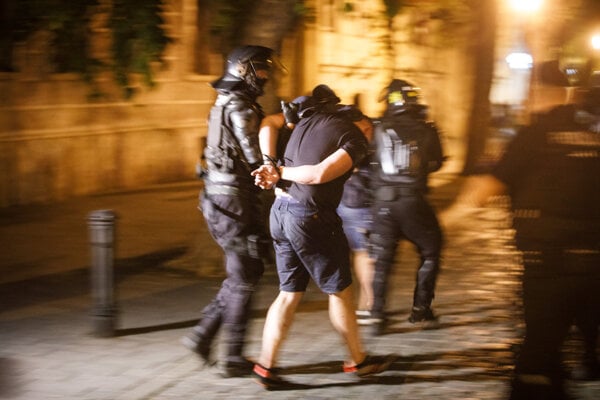 Seven of the hooligans who were detained after a brawl in downtown Bratislava last week received a six-month unconditional prison sentence.

None of the men appealed against the verdict, meaning it is now effective. Three of them are Polish and four are Dutch. They can request to serve their prison sentence in minimum security prison facilities in their respective home countries and request a conditional release after serving three months of their sentence. 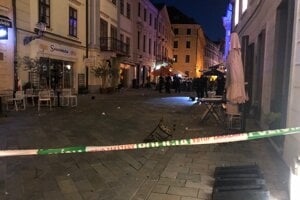 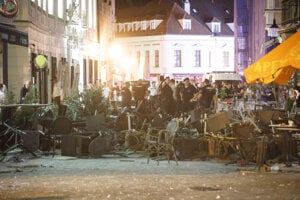 The Bratislava I District Court issued the ruling on Sunday, July 14. The men were found guilty of disorderly conduct.

Apart from the prison sentence, they will also be banned from entering Slovakia for three years.