Too impatient to wait in line

Three Czech tourists put theirs and other's lives at risk by jumping the queue for the ladders in Slovak Paradise. 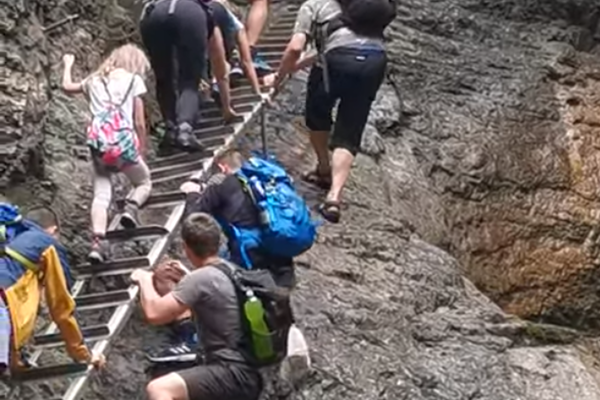 When there are many tourists hiking in Slovenský Raj (Slovak Paradise), there can be “traffic jams”. It takes a moment for people to carefully climb the many ladders and sometimes tourists have to wait until it is “their turn”.

Recently, a video from Suchá Belá gorge was published on Facebook showing three Czech tourists who were too impatient to wait in line and simply skipped it.

They over-took the others using the ladder, risking not only their health and life but also the safety of those people who were waiting patiently, as they should, the regional Korzár daily reported. 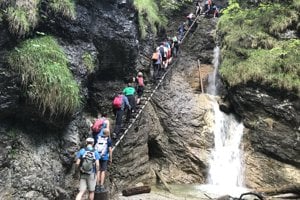 “We like tourists from every country, we are happy to meet every one of them, but this is too much,” the tourists who published the video wrote on Facebook.

Mountain rescuers and the head of the national park also condemned such behaviour.

“They unequivocally endangered tourists at the ladder and themselves as well,” said Daniel Mahdal, a mountain rescuer, as quoted by Korzár. “At one stage, they even bypass a man with a child in a carrier. The rock they are climbing is permanently wet and there was a high risk of someone slipping.” 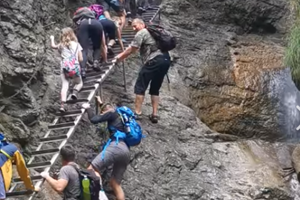 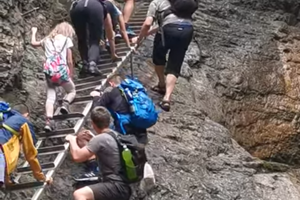 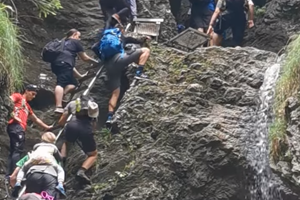 He also added that they gained nothing as there are more ladders further on where they would still have to wait. He reminded people that falling from a height of just ten metres could result in a very serious injury or even death. Certainly in this case, no insurer would pay for the intervention of mountain rescue, as the people involved behaved irresponsibly.

It takes less than an hour 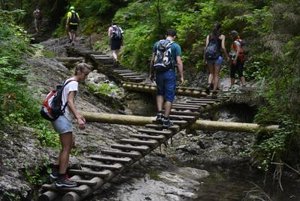 Tomáš Dražil, director of the Administration of the Slovenský Raj National Park (Slovak Paradise), said that he has not seen anything like this in his 25-year career, and neither had his colleagues, Korzár reported.

He confirmed that in this part of the gorge tourists sometimes have to wait until the ladders are free but it takes less than an hour.

“Such behaviour is inconsiderate, dangerous, impudent and arrogant,” he said, as quoted by Korzár.

Thank you for singing up. Shortly an email will be sent to the address you provided to verify your e-mail.
Error! Please try to register again later, your e-mail was not registered.
Your email is not in a correct format.
Please confirm you are not a robot.
Share on Facebook (122)Comments disabled