They wear black bags on heads and mock politicians. What is Zomri? 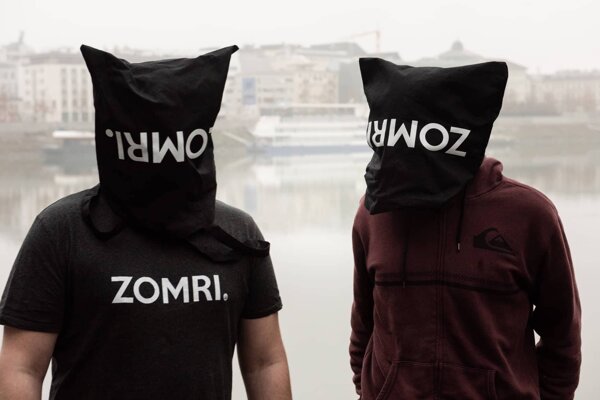 “Yesterday, I was on my way to a meeting in Košice and as I got out of the car at the petrol station my dress fell out of my bags into a puddle. When I was ironing it in the Košice Dnes newsroom we were thinking about how to make a joke out of it. But then we decided to leave it to Zomri.”

This was a post from Zuzana Čaputová, then only a presidential candidate, in February this year, talking about the popular Slovak satire website Zomri (Die).

Reading the post, someone new to Zomri would think the site is just about memes mocking politicians. But this is changing and for some, it is now an important source of news.

This, say the people behind it, is because it has built a community of users which works like one big newsroom. Every time something happens, someone takes a picture, film or video and sends it to Zomri.

One of the site’s administrators, who goes by the name Korytnačiak tells The Slovak Spectator: “We are so glad. I think [people do this] because they know we will publish [what they send us]. It won’t end up in the trash. And we will do it as soon as possible, not three days later.”

Like Korytnačiak, all the site’s administrators go by nicknames to protect their identities. There are currently four people working on Zomri, operating its webpage, Facebook and Instagram profiles. For one of them, Bufeťák, it is a full-time job. The other three combine it with regular jobs.

Meeting in downtown Bratislava with Bufeťák and Korytnačiak, unusually, the pair do not have their heads covered. In most meetings they wear black cloth bags from their own merchandise collection over their heads to hide their identities.