Čaputová in UN: Humanity forgot to pay its bills to the planet

Čaputová called for the definition and enforcement of new global rules. 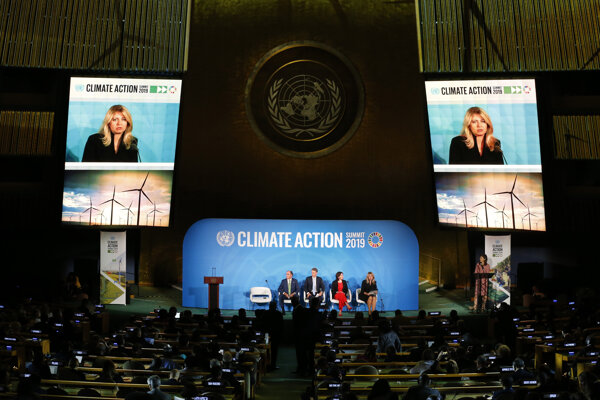 Humanity is currently living through its best times in history, enjoying the benefits of progress, but it has forgotten to pay its bills to the planet, with today’s generation being the first to feel the consequences of this “unscrupulous behavior,” stated Slovak President Zuzana Čaputová at the United Nations Climate Summit in New York on September 23.

The Slovak head of state appeared as the first speaker in the thematic section on the transformation of coal-based energy. The opening speaker on the previous topic on funding climate projects for developing countries was French President Emmanuel Macron.