Employees of Jaguar in Nitra will get higher salaries and bonuses

The carmaker made a deal with trade unions on improving working conditions. 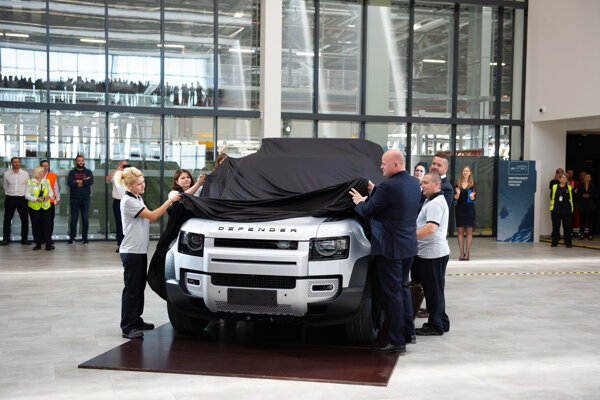 The employees of Nitra-based carmaker, Jaguar Land Rover Slovakia, are to see a salary increase.

The overall monthly salary of employees in production will start at €1,118, which is the basic salary after a probationary period, and may be as high as €1,969 from October.

Moreover, their tariff salary will gradually grow during the next 37 months, while various bonuses, such as a bonus for working overtime and at weekends, will rise as well.

This stems from a new collective agreement on which the representatives of the car-maker and the local trade unions agreed. It became valid on October 1, 2019, and will expire on October 31, 2022, the SITA newswire reported.

Not only Jaguar Land Rover, but the automotive industry as a whole faces hard times, with unstable market conditions, various regulations, geopolitical, economic and technological changes, the company wrote in a statement.

Despite these challenges, both the car-maker and the trade unions tried to contribute to the new deal.

Other key features of the collective agreement include the continual support of career development. As many as 192 employees were promoted in the company between January and September 2019.

The carmaker also plans to support innovative ideas. It has introduced new individual bonus of €300 for those who, while working for Jaguar Land Rover, will successfully graduate from secondary school or university.

The working conditions of employees should improve as well. They will offer one extra day for a preventive health check.

Jaguar Land Rover opened its plant in Nitra in October 2018. Last year, it sold almost 600,000 vehicles around the world.

In Slovakia, it employs more than 2,600 workers.

No big reforms. Parties are lukewarm with their promises for businesses

What are parties promising business ahead of elections?