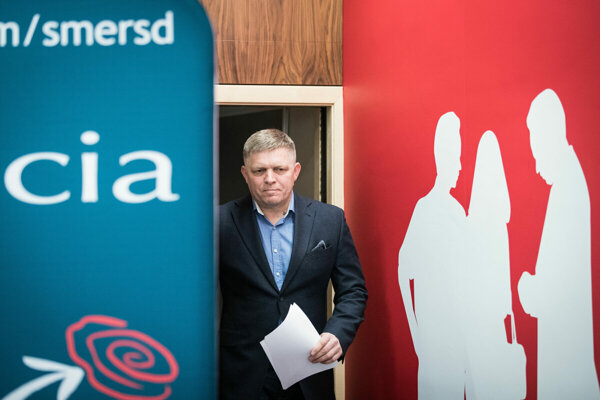 Smer chair Robert Fico's plan to increase a bank levy has been approved by the government on November 6, 2019 (Source: Sme)
Font size:A-|A+0

Smer chair Robert Fico has jumped on the pre-election campaign trail with zeal, announcing that banks should pay more to the state budget.

The bank levy, introduced in 2012 to protect the banking sector from crises and expected to end by the end of 2020, currently stands at 0.2 percent of the value of banks’ liabilities lowered by the amount of equity. Instead of ending the levy next year, the government approved its continuation at its November 6 session.

Moreover, the levy will double to 0.4 percent, meaning that banks will pay €144 million more to the state next year, the TASR newswire reported.

The proposal still needs to be approved by the parliament. 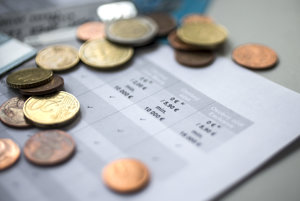 “The banking sector shows above-average profitability in Slovakia compared to other banking sectors in the European Union,” Fico said, as quoted by the Sme daily.

The Slovak Banking Association (SBA) pointed out in October that the extension of the levy would jeopardise the financial stability of the sector despite being one of the most stable in the EU, TASR wrote.

Banks’ profits on the decline

Slovak banks’ profits amounted to €640 million in 2018 and to €346 million in the first half of this year, which is a 2 percent year-on-year increase, Sme wrote.

“This is not the profit banks would make by giving out loans,” Fico said, as quoted by TASR. “The only reason is the banks’ new fee policy.” 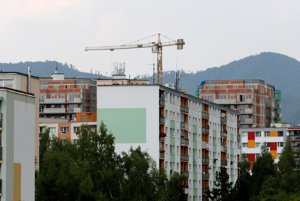 Nonetheless, the profitability of banks in Slovakia has been declining in recent years and it has already reached its peak, the National Bank of Slovakia (NBS) responded. The banks’ profitability is now expected to decrease in the future regardless of the bank levy, the NBS added.

This is a result of constantly falling interest rates on mortgages. Banks are thus trying to cover the decreasing profits with higher fees, the Pravda daily wrote.

“If banks were not able to generate profits, this [the levy] could have a negative impact on the willingness of parent banks to invest in the Slovak banking sector and on the financial stability of the banking sector in the long run,” NBS spokesperson Martina Vráblik Solčányiová told TASR.

The central bank also pointed out that banks’ profits are today generated from the interest income and fees account for about 26 percent of banks’ gross revenues, which is less than the EU average, TASR wrote.

Banks in Slovakia paid more than €1.2 billion in taxes and €97 million to the Deposit Protection Fund in the past eight years. They paid a further €1.16 billion to the state through the bank levy, which is double taxation, SBA spokesperson Diana Priechodská Brodnianska said in the statement for TASR. 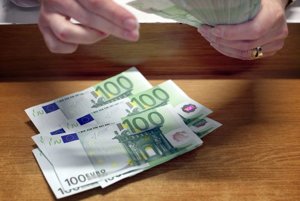 The levy was to be paid only until the establishment of the Single European Resolution Fund in 2015, which is to cover the costs of a possible financial crisis, she added. Banks also pay to this fund.

Slovakia is therefore the only country to pay twice for the same purpose, the SBA claimed.

“If banks will still have to pay the bank levy after 2021, it will put the financial stability of the banking sector in jeopardy," the SBA said, as quoted by Sme.

Fico has already said the money collected from the bank levy will be spent on the government’s packages of social measures in 2020, Pravda wrote.