Bratislava is looking for new functions the facility can gain while looking for inspirations in ancient baths in Budapest. 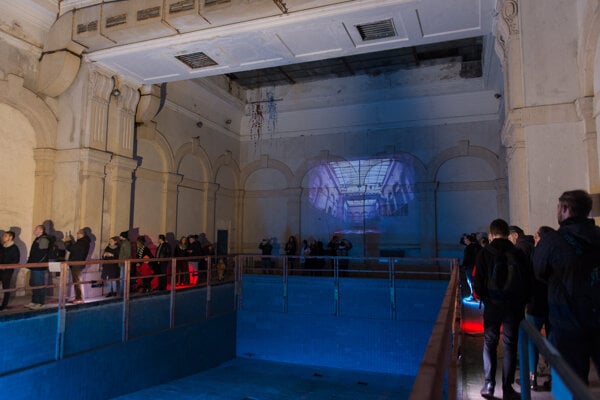 It has been 25 years since the historic Grössling bathhouse closed its doors. Now its owner, the city of Bratislava, is preparing a reconstruction, for which it is taking inspiration from Budapest, acknowledged for its spas and baths. That is why they invited the architect Zoltán Kalaszi from Budapest, who has experience in the reconstruction of spas, to be part of the team preparing the architectural competition to be promulgated early next year. For Bratislava, he summarizes and processes materials from experts from Budapest Gyogyfürdő ZRT, other architects and spa technicians.

The Slovak Spectator talked with Kalaszi about the rich bath and spa history in Hungary as well as about the refurbishment of Grössling.

What you will read in this interview:

-the history of baths and spas in Hungary

-whether they still keep gentlemen’s and ladies’ hours

-the vision behind the Grössling refurbishment

The Slovak Spectator (TSS): What was your feeling when you visited Grössling for the first time?

Zoltán Kalaszi (ZK): I found it to be a really beautiful building. When we entered the swimming hall I couldn’t stop taking pictures because everything is so beautiful and sad at the same time because it had been neglected, with plants climbing up the wall and rust everywhere. I just felt like I should do the tender.

The Grӧssling complex is on the corner of Medená and Kúpeľná Streets and on the Vajanského Nábrežie embankment, consisting of three parts. The oldest one, with baths, was built in 1885. The facility underwent the first refurbishment and extension in 1913. Two pools were built at that time. In 1929 the complex was extended to Vajanského Street in the functionalist style, designed by the Bratislava-based architects Friedrich Weinwurm and Ignác Vécsei. This became the main entrance to the facility. The swimming pool was in operation until 1994, when the city council closed it over safety concerns.

The last time Grössling was open as a bathhouse, and this is how people remember it, it was a place where people would learn how to swim. And when it closed last time, it had one swimming pool, three heated pools and two saunas, which compared to its golden era is very few, because it had a separate part for men and women. Only the men’s part was used last, so the ladies also had a swimming pool, and they also had three more heated pools and more saunas and steam baths. Originally, Grössling was a healing facility, too. They had mud treatment, hydrotherapy and salted baths. It was also a facility for public bathing. This was very common because in public buildings, sometimes five apartments shared one bathroom, so people went to these bathhouses. 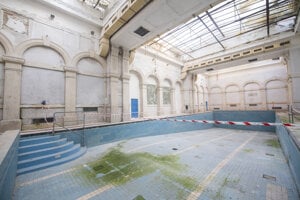 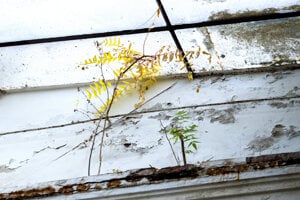 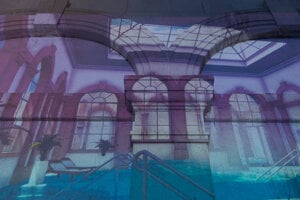 TSS: What is the history of spas and baths in Hungary? 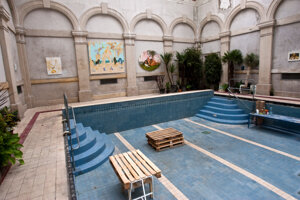 ZK: If you look into bathing culture in general, there is the Roman style of bathing and the Turkish style of bathing. Hungary is unique because it has both. Our country was occupied for over 150 years by the Turks, so they left behind a couple of bathhouses for us. The Roman-style baths have gardens and are more open; you are actually sitting in water whereas the Turkish baths have more steam as it’s heated marble that you sit on. It’s more of a cleaning facility while both of them are used for social gatherings.

Hungary has over 130 baths, so the bathing culture is quite rich here in this sense. In Budapest, it’s a very typical thing; if you come to the city, you have to go to the spa.

TSS: Do you visit regularly spas in Budapest?

ZK: Yes, I go every two weeks or so, while some of my friends go much more often. I actually go a lot to the historical Turkish Király Baths, whose history goes back to the 15th century – I’m sad and happy at the same time that they are going to be reconstructed. There’s no swimming pool, just thermal water. This is good for your joints and it is also a very unique atmosphere.

TSS: Has Budapest kept the tradition of gentlemen’s and ladies’ hours?