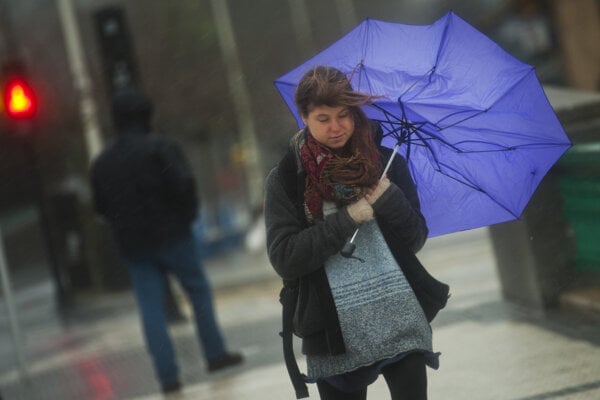 Several weather warnings have been issued as Slovakia is expected to battle strong winds and heavy rain in the coming two days.

The Slovak Hydrometeorological Institute (SHMÚ) has issued multi-level warnings for strong winds that are expected to hit the Tatra mountains the most severely. The wind could reach speeds of 160-180 kilometres an hour in some parts.

“The expected wind speed is extremely high at this time of the year in this area and poses a great danger to human activities, especially hiking and climbing,” the SHMÚ said on its website. 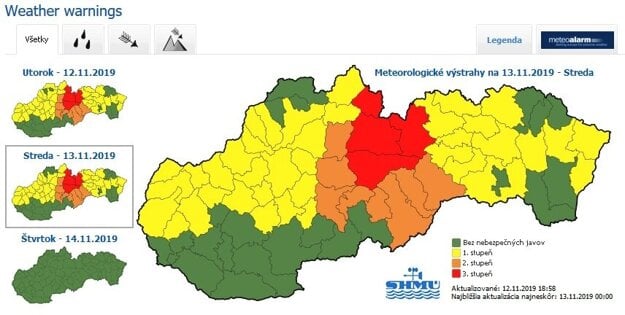 The third-level warning concerns the districts of Tvrdošín, Liptovský Mikuláš, Poprad, and Brezno (central Slovakia) until November 13 at 1:00. The warning applies to areas 1,800 metres or more above sea level. The strong wind will continue in the given areas until 6:00, but with a lower intensity.

Moreover, first-level warnings have been issued for the rest of the districts in central Slovakia and nearly all parts of eastern Slovakia, for the localities as high as 1,000 metres above sea level. These warnings will remain in effect until 6:00 on November 13.

Heavy rain may cause floods

Moreover, meteorologists expect heavy rain to continue affecting Slovakia on November 13 and 14. Therefore, they have issued first-level warnings for rain for all regions in Slovakia, which are in force until November 14 midnight.

At the same time, SHMÚ expects heavier rain to hit most districts in central Slovakia and for this reason, second-level warnings have been issued.

Given the fallen and expected rainfall, and the amount of water in rivers, water levels may also rise and subsequently lead to the flooding. For this, the SHMÚ recommends refraining from recreational sailing on Slovak rivers.

SHMÚ also issued a first-level warning against flooding for most districts in central Slovakia.