People do not want an indoor ski hall in Donovaly

The ski hall may help tourism and employment, the municipality said. 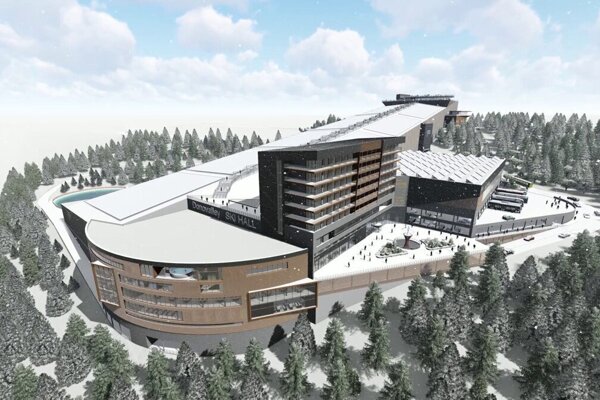 An indoor ski area, the first of its kind in central Europe, was projected to become part of the Donovalley tourist resort in central Slovakia.

However, many critical voices have recently been raised against it. Experts and the public claim it would affect the environment negatively, the MY Banská Bystrica regional newspaper reported.

The Donovalley company is planning to build the indoor ski area several hundreds of metres away from the village of Donovaly, near Banská Bystrica.

“It would definitely increase the employment and make the locality more attractive,” Mayor Miroslav Daňo said, as quoted by MY Banská Bystrica, adding it would help hotel owners in the summer.

Donovaly councillors supported the project already in 2016 by making changes to their municipal plan.

However, the inhabitants and owners of properties in Donovaly and visitors to the resort have launched the online petition. They claim the hall is to be built in the National Park Lower Tatras (NAPANT), in which the second-level protection is in place. The indoor ski area may harm the woods as well as water sources in Donovaly, they added.

Soňa Hevessyová, who is behind the petition, is therefore demanding that the Environment Ministry stop the project.