New trains will connect Považie and the Czech Republic

The connection will be added on December 15.

Private carrier RegioJet will extend the operation of its trains in Slovakia. After December 15, it will offer direct train connection between Žilina, Bratislava, Brno and Prague. 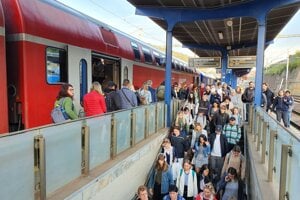 One pair of trains will leave Žilina at 6:00, and will then stop in Bratislava, Břeclav, Brno and Prague. The trains will travel back in the afternoon and the evening hours.

Several towns in the Považie region will be added to the route, with trains stopping also in Piešťany, Nové Mesto nad Váhom, Trenčianska Teplá, and Púchov. The trains from Prague to Žilina will also stop in Považská Bystrica.