Who is the new patron of Košice?

Naming the new patron symbolically closes a circle as the saint has been worshipped in the city for centuries, according to the mayor. 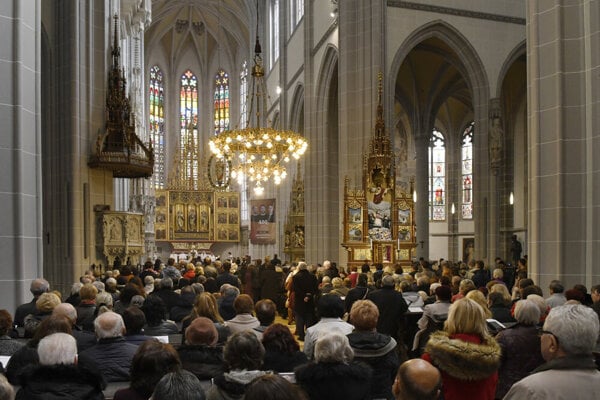 The eastern Slovak city of Košice has a new patron saint.

The picture of St Elizabeth of Hungary exhibited at the vestibule of the historical town hall in Košice was blessed on November 16 by Košice Metropolitan Archbishop Bernard Bober on the occasion of naming her the patron of the city.

The painting by an unknown artist depicts St Elizabeth giving alms. It was painted in 1737 to celebrate 500 years since she was canonised, the TASR newswire reported.

The cult has been around for centuries

The new patron of Košice was ceremonially announced a day later, on November 17, during a mass held at the St Elizabeth’s Cathedral.