The fascinating power of Čičmany and Strážov

Čičmany is a picturesque place protected by Strážov mountain. 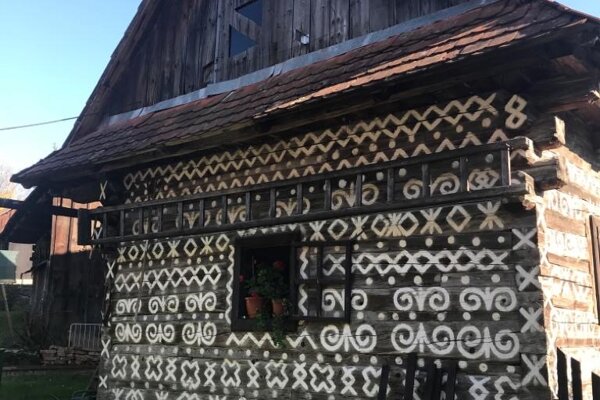 July 22, 1871. Atop the Matterhorn stands a woman in a flattering flannel dress, gazing far into the future.

Her name is Lucy Walker. She was the first woman who ever saw the tableau of rocky pinnacles, meadows, forests, and streams from that iconic perch.

“The stories of women just weren’t written, so people tend to think they didn’t happen,” said Rebecca A. Brown, author of Women on High: Pioneers of Mountaineering. “There have always been women who have had the courage to step out into the unknown, and that’s what Lucy Walker did. The fortitude, the bravery, the commitment to the goal – women’s power was not invented yesterday.”

Through the years, women from different generations and locations have proven their strength and independence.

The strong women in Čičmany painted a white geometrical ornamentation on their houses to protect themselves against the effect of sunrays. To keep them for the future.

Čičmany: A picturesque place embraced by the shadow of the mountains.

It is protected by Strážov mountain, the highest peak of the Strážovské vrchy mountains from the west. It opens the door to the Malá Fatra mountains and looks at the cult Kľak mountain, a smaller brother of the famous Matterhorn.

On this gloomy autumn morning we found overselves in the silence of the scenic valley dotted with 136 wooden houses with white ornamentation. We stopped in front of the Raden’s house in Čičmany.

An asphalt road followed by a forest path led up to Strážov mountain. The sound of ringing sheep bells from afar lingered in the air. The yellow fallen leaves showed us the way up to 1.213 m. Our curious eyes observed rocky stones, caves, gorges. We strained our ears to hear a huge mass of water boiling down the rocks. We climbed up through the dark and melancholy forest, passing the bare trees and secluded rocks, until the slippery path stopped us a few meters under the top.

All around us was only dampness, calmness, fog. Everything around us was cut out from some horror movie or mystic Scandinavian thriller; like a chapter from Stig Larsson’s, Henning Mankell’s, or Jo Nesbo’s book, or even like a fragment of an Edvard Much painting. 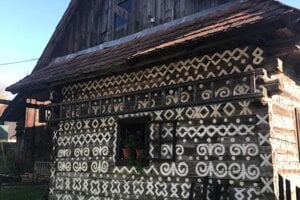 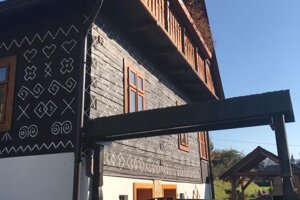 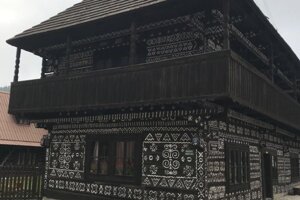 From Čičmany to Kľak (5 photos)

Hiking through Fačkovské sedlo to Kľak

The sun shone the next morning. The sleepy, autumn sun changed the scenery to an impressionistic painting. We put on our hiking boots again to hike through the Fačkovské sedlo saddle to the Kľak mountain. The beams of light elbowed their way among the trees, reflected on the blurry cinnamon and curcuma colored leaves, exposing the view to the inclined top of the Kľak mountain.

As we stood on the summit and admired the rounded hills with white rocks, our minds took a journey to the 19th century. Lucy Walker wearing her favorite long dress and hobnail boots, as a proper Victorian lady, sat smiling on the Matterhorn. She talked about her 98 expeditions, including 28 successful attempts on 4,000-meter peaks.

And the immortal words echoed around us: “No glacier can baffle, no precipice balk her. No peak rise above her, however sublime. Give three cheers for her! She knows how to climb!”

And if she believes she can, she does.