A teacher in Sučany recounts his memorable introduction to a very unusual sport in Slovakia. 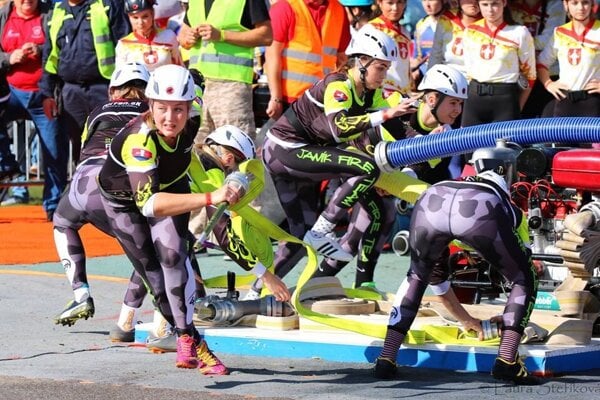 One of the pleasures of teaching teenagers is the things that you learn from them. It was in this way that I first heard about Fire Sport (Hasičsky Sport). I teach at a bilingual grammar school in Sučany and the name kept cropping up in discussions about free time activities. It was not only that I had never heard of it that piqued my interest. It was also the passion with which the kids described it. 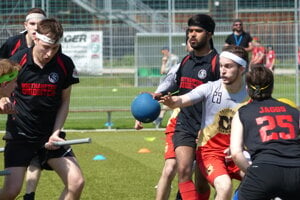 One such student, Eneta Jurkýová, aged 15 from Vasiľov in the Žilina region, has been competing in fire sport since she was five and described it thus: “For me it’s a lifestyle, not just a sport. It prepares you for life. The teachings of fire sport stay with you.”

I resolved to find out more.

Community at the core

Fire Sport started as a way for volunteer firefighters in villages to keep fit and practice the skills they would need if ever called on in an emergency. There are a number of disciplines, some individual but mostly for teams, and all involving the need to marshal equipment at speed to put out an imaginary fire on a target.

It is a very popular sport, particularly in rural areas, and for many it is an integral part of village life. No-one I spoke to had much information on the history of Fire Sport, and this is perhaps in keeping with its folk nature, with the tradition passing down through families and village communities. However, its popularity has spread and the International Federation of Fire Sports was established in 2001, holding regular international tournaments and annual World Championships. Last year’s World Championship was held in Banska Bystrica, with the Slovak men’s team winning the Blue Riband event - Fire Attack. 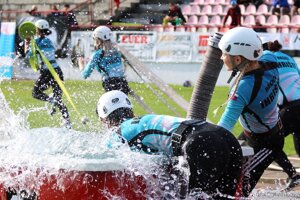 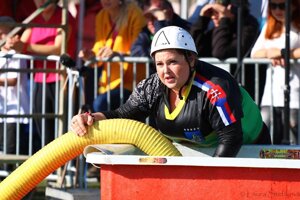 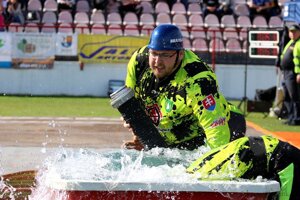 So, it was with some excitement that I pitched up at Puchov football stadium on an unseasonably hot and sunny day in October. Volunteer firefighters from all over Slovakia had gathered for a Fire Attack tournament.