The Slovak Banking Association is critical of the increased levy.

Banks will have to pay a higher levy next year. While currently, they are expected to pay 0.2 percent of their liabilities, the levy double to 0.4 percent next year.

Moreover, the levy will not end in 2020 as was originally expected. The banks will continue paying it for an unlimited period, as stems from the amendment to the law on a special levy or selected financial institutions approved by the parliament on November 28.

The state expects to receive €144 million for its coffers through the levy next year, the SITA newswire reported. 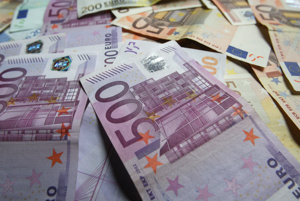 Several opposition MPs were critical of the change. One problem is that the levy will impact all banks, including those that do not report high profits. Moreover, it will affect them during the years they do not report profits, said Marián Viskupič, MP for Freedom and Solidarity (SaS).

Moreover, the higher bank levy may be paid by Slovaks via higher banking fees, he warned.

The National Bank of Slovakia (NBS), the country’s central bank, was critical of the levy, saying that the increased levy will significantly cut the profits of the banking sector, resulting in the weakening ability of the banks to prepare for the potential crisis. Moreover, the financial stability of the sector will be in danger, impacting the real economy as well. The high bank levy may also endanger the lending, as reported by SITA.

The banking sector refuses to pay the new levy and is considering challenging the change at the Constitutional Court. 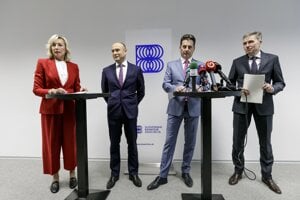 “The bank levy set in this way gambles with the financial stability of the Slovak economy,” said the Slovak Banking Association (SBA), as quoted by SITA. “The stability and profitability of the banking sector as a whole is crucial for the healthy operation of the whole economy, especially since a sufficient volume of loans need to be given to companies, the state and its inhabitants.”

Although the European Central Bank also voiced its criticism, Finance Minister Ladislav Kamenický claimed that the profitability of the banking sector in Slovakia is so high that the banks have nothing to complain about.

In his opinion, the higher bank levy won't disrupt the stability of the financial system, as reported by SITA.