Rocks falling off the massif in Terchová may affect the soon-to-start winter season. 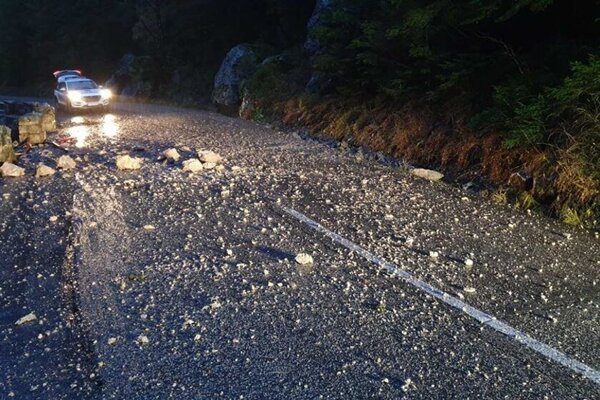 Rocks fell in Terchová in the Žilina Region for the first time three weeks ago (Source: HZS)
Font size:A-|A+13

When three weeks ago a huge rock fell from the Tiesňava Massif near Terchová, it was decided no emergency would be declared.

This situation in the village, one of the main tourist hubs in Žilina Region, could repeat again, though, the My Žilina regional daily reported.

A geological evaluation, which the Road Administration of the Žilina Self-Governing Region (SC ŽSK) had carried out, suggests an even bigger rock could fall.

Three weeks ago, rocks covered a 100-metre-long stretch of the third-class road and threatened drivers passing through a narrow passage, which is an entrance to the Vrátna dolina valley in the Malá Fatra mountain range. 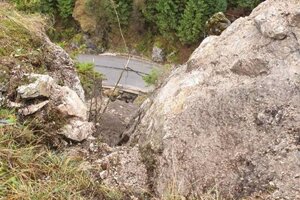 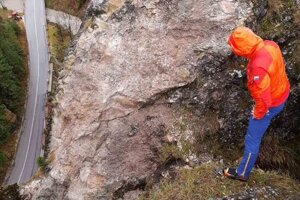 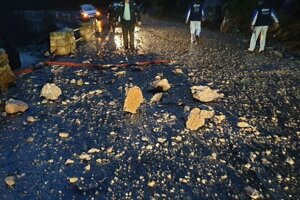 Rocks get released near Terchová (11 photos)

A tourist season in danger

“With regard to road safety, the SC ŽSK initiated a meeting of the crisis management staff, who declared an emergency situation,” Žilina Region Vice-Chair Milan Laurenčík told My Žilina.

During this time, repairs should be made to stop the unstable rocks from falling off. Other rocks, which were stuck in the massif after the first release, will also be removed. For this, part of the road may be closed.

“This could have a negative impact if it takes a long time because the winter tourist season is just starting,” Laurenčík said.

However, the head of the Terchová Town Hall František Kadaš said works could take two weeks in the case of favourable weather conditions. Other works should continue in the springtime.