Andrej Danko insists she was just a "virtual woman" for him and that their communication is none of the public's business. 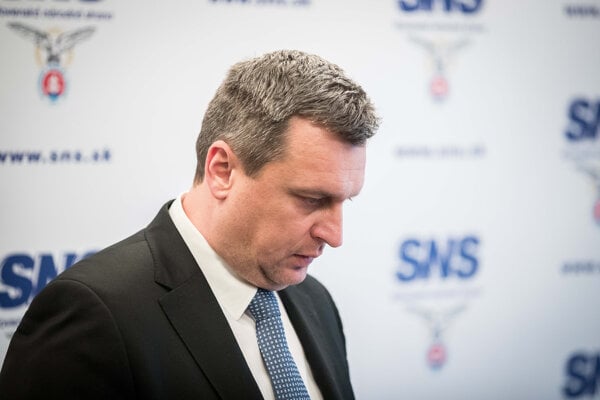 Andrej Danko has admitted to having exchanged flirty messages with "a virtual woman" after several Slovak media simultaneously published the recording of his phone call with Alena Zsuzsová from 2016.

Zsuzsová has listed the parliament's speaker and the Slovak National Party (SNS) chairman Andrej Danko among the politicians she had been in touch with, in her testimony during the ongoing murder trial. Zsuzsová stands accused of several crimes, in this case of having ordered the murder of investigative reporter Ján Kuciak for her boss, Marian Kočner.

Danko has denied any communication with Zsuzsová ever since it was first alleged in 2019. The police have, however, found their messages and recordings of their phone call. The media received the materials from the so-called Kočner's Library administered by the Organised Crime and Corruption Reporting network. The library contains materials found on Kočner's devices during the investigation of the murder, showing that Zsuzsová had been gaining compromising material about a number of influential persons for Kočner.

What did they talk about?