Cycle to the prehistoric sea and ride on a unique train. 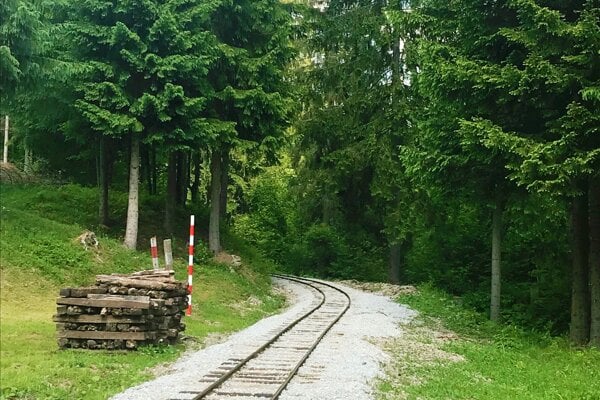 “Eureka! Eureka!” Archimedes shouted and ran naked out into the streets of Syracuse, having jumped from his bath. He had noticed the water level rising and suddenly understood that the volume of water displaced must be equal to the volume of that part of his submerged body. The “Archimedes” principle. A miracle.

A young Isaac Newton was sitting under an apple tree when he was bonked on the head by a falling piece of fruit, a 17th-century “aha moment” that prompted him to suddenly come up with his law of gravity. Another miracle.

In 1988 during rock blasting in the Padyšák quarry in northern Slovakia, sandstone boulders with a perfect spherical shape and a diameter from 10m to 260m rolled out. “Out-of-place artifact” or a miracle? According to legend, dinosaur eggs or alien remains.

Cycle to the prehistoric sea

Megoňky. They originated on the bottom of the prehistoric sea about 40 million years ago. Similar spheres have been found in New Zealand on a seashore, the Moeraki Boulders, in Mexico, on a high plateau, in Central Australia, the Devil’s Marbles; and in Costa Rica, the Heavenly Balls. And in Bosna, near Bosna Pyramids.

A cycling route leads through the Staškov village, a birthplace of Jozef Kroner, a famous Slovak actor, the only Slovak actor who could display the Oscar statue in his window. It passes the unique oil spring in Korňa village, the only preserved spring among similar smaller oil surface outflows in central Europe. Until it reaches the bottom of the prehistoric sea. With Megoňky.

And the steam engine, which opened the door to construction of the railway, was also a miracle. The door was opened slightly by Herón, called Méchanikos, and then in 1789, James Watt threw it wide. 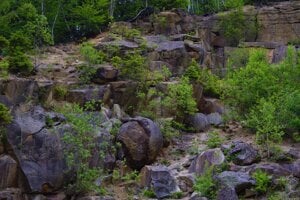 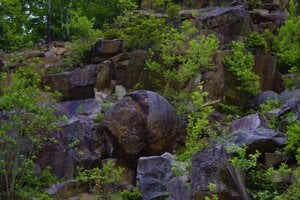 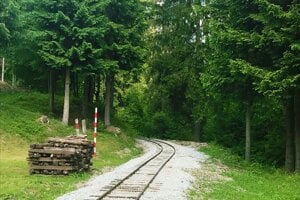 A trip to Megoňky and Vychylovka (3 photos)

Ride on a unique train

Near the mysterious stone sphere in northern Slovakia, in the region named after the Kysuca River, a technical phenomenon is located. The Forest Railway of Vychylovka.

A chugging locomotive, which could deliver you to the Hogwarts School of Witchcraft and Wizardry, will transport you through the magical forest, smelling of pine tree and blueberries, and a “zigzag” system of switchbacks will take you back to the 18th century of steam, when the wood was slowly hold. When in front of the wooden houses herds of sheep used to graze and the sound of their bells floated over the valleys.

Or you can take a railway handcart and find yourself in the American Wild West, and Winnetou and Old Shatterhand will smile back.

And you will suddenly think, the most incredible thing about miracles is that they really happen.