The most gothic town: Bardejov

Bardejov has wooden churches and the oldest tree in Slovakia. 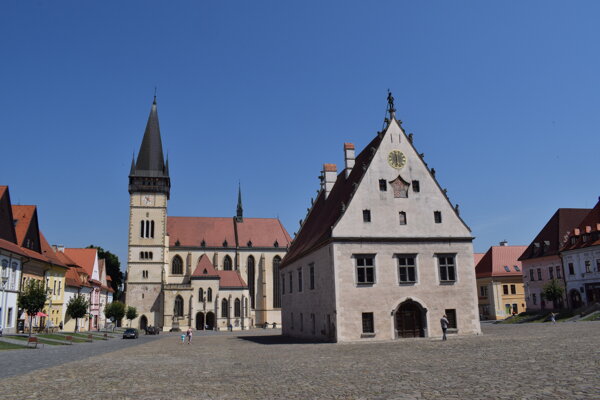 The sun was shining one morning, brightening the windows and waking sleepy schoolchildren. One boy was gazing, melancholy, through the window. He saw his future. He saw himself walking down the street of Wittenberg. He saw himself having a passionate discussion with Martin Luther and Philip Melanchton, two rebels who opened the door to reformation and humanism.

In 1539, 29-year-old Leonard Stöckel was appointed as a teacher at the gymnasium. In Bardejov, his hometown, which was nicknamed the Slovak and Hungarian Wittenberg. Stöckel, who laid the foundations of pedagogy and education, was called “the teacher of the Kingdom of Hungary”.

There is a town, located in the northeast of Slovakia in the Šariš region, named Busov. Tucked in the foothills of the smallest Slovak mountain range, the town is surrounded by natural and sacred beauties.

Busov is one of the most beautiful and most remarkable towns in Slovakia with a history dating back to 1241. At one point in time, it was one of the biggest and most important towns in the Kingdom of Hungary.

The most gothic town

This time with many names is the most gothic town in Slovakia and one of the oldest. It is even inscribed on the UNESCO world heritage list.

Let’s walk through the square, which at first glance appears to be built in the Renaissance style. However, a closer look reveals it is a Gothic skeleton under the Renaissance facade. Nothing is like it seems.

Let’s admire its town hall situated on the central square, probably the first secular Renaissance building in Slovakia, with the famous statue of knight Roland, the protector of the town rights. And with the small statue of a boy with his head behind his legs and his back protruded toward the house, where the mayor used to live.

This statue greets the gorgeous Gothic Basilica of St Egidius, fit with a tower with 200 steps to its top. It also provides a remarkable view of the Gothic town walls, the Jewish suburb behind them, and the Gothic Zborov Castle, built in the 13th and 14th centuries to protect the main trade road to Poland, hidden in the Busov mountain among the primeval oak trees. According to legend, giants used to live in the forest while witches and Beelzebub used to meet up there.

Where royalty came for treatment

Near Bardejov, springs bubble with natural mineral water in the picturesque valley surrounded by woods.

This place has a long history, stretching back to 1247. This “oasis of health and relaxation” was used by many well-known historical figures, including Marie Louise, wife of French Emperor Napoleon I., and Russian Tzar Alexander I. Empress Elisabeth, the wife of Francis Joseph I also known as Sissi, was another notable guest. She was a rebel who could not get away from and fought against the strict rules of the Habsburg royal court. 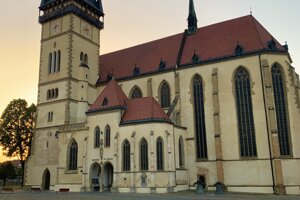 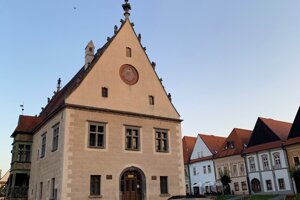 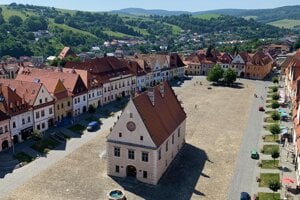 The gothic town of Bardejov and Bardejovské Kúpele (6 photos)

The Bardejov Spa is a paradise where you can breathe the freshest air while running down the Čierna mláka path or where you can drink the mineral water from the Elisabeth or Napoleon springs.

The oldest tree in Slovakia

Bardejov also has a spot where you can sit astride your mountain bike and ride past idyllic wooden churches, emerging from the trees in small villages. They have resided in the area for centuries and house remarkable origin stories since they were built without a single nail.

Among these legends is one about the cooling shadow of the oldest Slovak tree, the 800-year old oak tree in Dubinné village. This 25m tall imposing relic, the most blessed tree of the old Slavs, was sacrificed to Perun, the God of thunder-storms, and has endured many wars.

Returning to Bardejov, rambling among the Renaissance buildings through John Lennon street, you will reach a colourful fountain. Suddenly you will see four boys sporting black blazers, turtle-necks, and mop-top haircuts, walking across the street. Also rebels, they bend treble clefs until they compose totally new music.

Martin Luther was a rebel when he nailed a copy of his 95 Theses to the door of the Wittenberg castle church.

It was an act of rebellion too, when Galileo Galilei announced “And yet it moves”.

When Leonard Stöckel created the new education system and the first pedagogy document in the Kingdom of Hungary, it was also an act of rebellion.

And when John Lennon said, “Make love, not war”, it was a rebellious act

Rebels and non-conformists, after all, are often the pioneers and designers of change.