Marián Hossa recalls his career and introduction to the Hockey Hall of Fame. 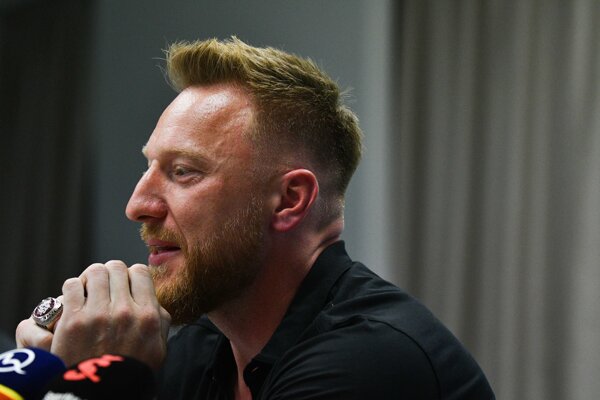 His wife often says he is like a rock, nothing throws him off balance. This time, however, he fought with his emotions. 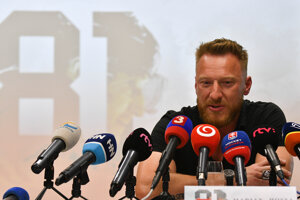 He is only the third Slovak to receive such an honour. When meeting the media, he recalled how, as a young boy, he used to play for the imaginary Stanley Cup with his friends in Trenčín.

Becoming a member of the Hockey Hall of Fame

“When I saw the Toronto area code, my pulse started galloping. It was Lanny McDonald, asking me whether I knew why he was calling. I told him I have an idea, but wanted him to tell me. He congratulated me and said: Welcome to the Hall of Fame.

A person never forgets such a phone call. I still don’t fully realise it, but I’m grateful and I really appreciate it.” 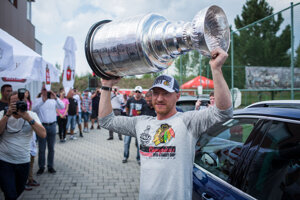 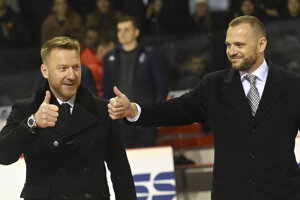 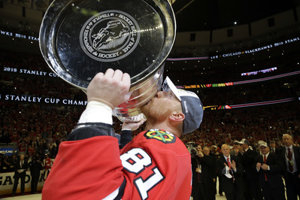 “The first to congratulate me was Patrick Kane. I have a very good relationship with this great ice hockey player, and I was really pleased.

Then other congratulations started coming in from my friends from Trenčín and the US, including Duncan Keith, Scotty Bowman, Stan Bowman, and Joel Quenneville. A person is pleased that these people write him; it means a lot to me.”

He will be in the Hall of Fame despite valid contract

“I learned I’m only the second person in history to be introduced in the Hockey Hall of Fame with a valid contract. The first is my former teammate from Arizona, Chris Pronger. Interesting statistics; I feel really honoured.

There are 18 people [sitting on the committee choosing new members – ed. note], and a person needs to receive at least 14 votes. These are experts and when a person like Scotty Bowman votes for somebody, it means something.

It’s striking that they preferred me over other players like my good friend from Sweden, Daniel Alfredsson, with whom I spent seven great years in Ottawa. It’s unbelievable I was elected the very first year it was possible. It’s a real honour.”