Roundup: Idiot, Korean Culture Month and a heart of stone

Gardens and parks in Slovakia will welcome visitors this weekend. 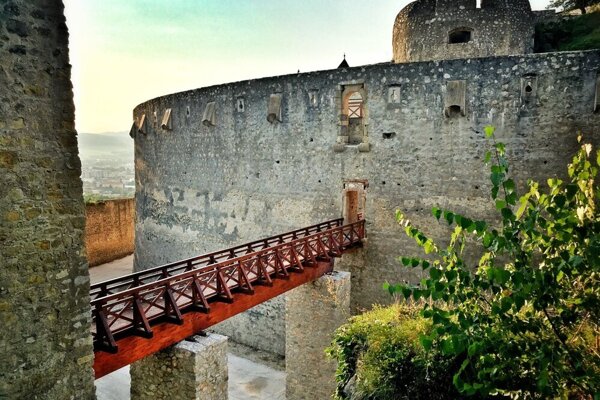 At the beginning of this week, October 5, the Andrej Bagar Theatre in Nitra filled its seats with paper and plastic "spectators", which watched the Testosterone production. 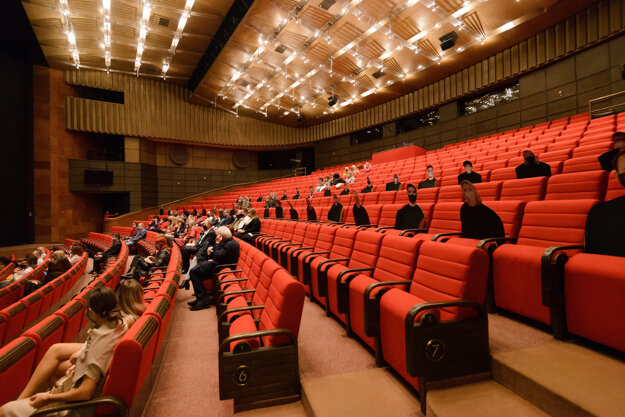 The action of the institution is a reaction to recent epidemical measures that reduced the number of people at mass events to 50, including actors and other staff. Therefore, a maximum of 30 to 45 spectators can currently watch performances in the Nitra theatre. Photo: TASR.

The village of Ulič, one of the most eastern communities in the country, conceals a free-of-charge park of miniatures of wooden churches. Replicas portray, for instance, the churches in Ruský Potok and Uličské Krivé.

Can you find a heart of stone at Trenčín Castle?

Visitors to Trenčín Castle can explore the newly reconstructed southern fortification of the medieval construction, once owned by Matúš Čák Trenčiansky. The castle now conceals the heart of stone as well.

Check out a new counterweight trebuchet, a type of catapult, at Trenčín Castle below:

‘Thousands of stars flickered above us’

Matt Reynolds once asked his Slovak friend to take him hiking to the Malá Fatra mountains. With no sleeping bag and mat but pens, books and a laptop, worn-out Reynolds discovered hills around Strečno and the Veľký Kriváň peak over the weekend.

In 1993, Slovakia became a new home to Nigel Baker, UK’s then deputy head of mission, for a few years.

Since those times, the country’s capital has evolved, and Baker travelled the world. Nevertheless, he is now back in Bratislava, serving as British ambassador.

Listen to the podcast to learn what Baker recollects from the good old times in Slovakia’s capital, and what he has always loved about the city. 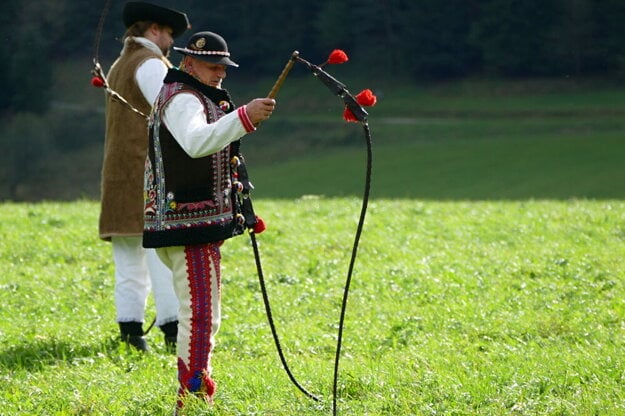 A man holds a whip during a whipping school weekend on October 4, 2020 in Čičmany. (Source: TASR) 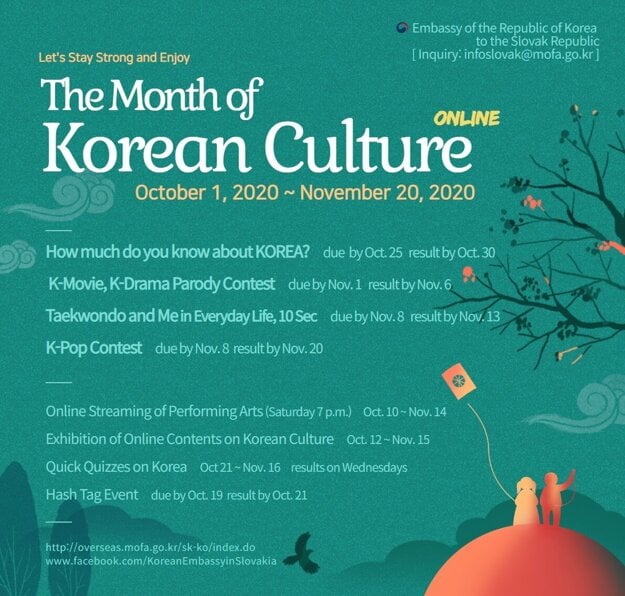 The program of this year’s Korean Culture Month. (Source: Facebook/Korean Embassy in Slovakia)

Dozens of parks and gardens to open up this weekend

As many as 60 parks and gardens will reveal their secrets, under strict anti-COVID-19 measures, between October 9 and 11 across the country. In Bratislava, it will be possible to visit 13 venues, including the Albrecht House on Kapitulská Street. 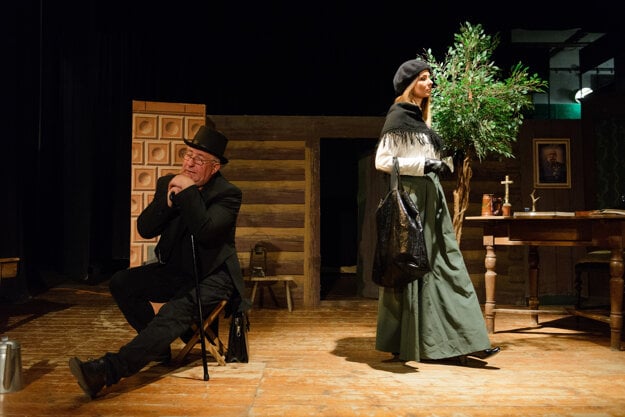 The Preseľany amateur theatre group during a rehearsal in September 2020. (Source: TASR)

Thousands of artists put at risk of bankruptcy in Slovakia

With a second coronavirus wave, creative industries have been hit hard again. Yet, Slovakia’s government has been unable to find the best way to help people working in Slovak culture since the coronavirus outbreak. The 'First Aid' scheme will come late and will help a small group of people only.

Before you go, check out the 'Idiot' trailer below:

The Slovak animated film Idiot, created by the screenwriter and director Dušan Davidov and the animator Martin Kolčak, is doing well at international festivals. The film has won awards at 19 film festivals around the globe.

“We did it originally as a comedy, then as a grotesque, and a psychological drama came out of it in the end. But we got the award for the best horror in America,” Davidov told the TASR newswire.

The story follows an insignificant official whose benevolence is abused by others and who is always willing to help even at the cost of misunderstanding. Altruism and its perception as a weakness is the main topic.

As the name suggests, its title was inspired by one of Fyodor Mikhailovich Dostoevsky’s literary works.

The production of the 19-minute-long Idiot (2018) took four years. The film is to be made available online next year.

The next Spectacular Slovakia Weekly: October 16.