On the way to Tematín castle, Piešťany will greet you from afar and invite you for a visit. 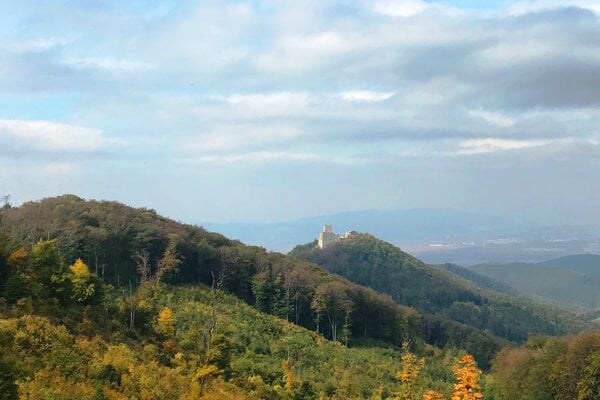 A song by The Scorpions, a symbol of the Iron Curtain’s total collapse; the end of an era.

The end of the 14th century marked the close of the mediaeval age, and Europe was rejuvenated by the fresh breeze of the Renaissance.

The Medici and Fugger Families played the first fiddle in Florence and Augsburg.

Michalengelo Buonaroti sculpted an icon of male power, David, from a single piece of stone.

Within our lands, the noble Thurzo family opened the door to Humanism and Renaissance in Central Europe.

And Stanislav Thurzo rebuilt the Tematín Castle even before The Thirty Years’ War started.

The magic of castles

Along Slovakia's longest river, the Váh, several romantic castle ruins are located. Once, they were proud and strong protectors, hidden in beautiful scenery, witnesses of many battles.

And how magic they are now!

Majestic, overflowing with fame, elegance, and romance. A piece of old French sophistication from the Loire or Austrian Wachau valleys.

The stony Tematín castle, situated at a height of 564 m, was built after the devastating Mongol invasion to protect the calm sleep of the Kingdom of Hungary.

The ruler of Váh and the Tatras

And it was also protected by the army of Matthew Csák of Trentschen, the ruler of the Váh and Tatras.

He conquered the Tematín castle in 1300.

And the captured Piešťany as well. And 50 other castles and villages.

Who was this guy?

A strong and respected personality, but not the romantic hero the romantic writers grouped around Ľudovít Štúr characterised him to be. He lasted for wealth, power, and influence, was aggressive and arrogant. And ugly too. He lived a long time, for that period, dying at 60. Nobody knows where he is buried. You can start to search for his grave. 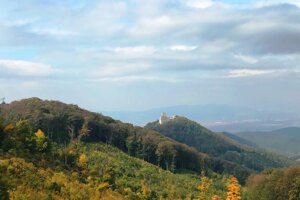 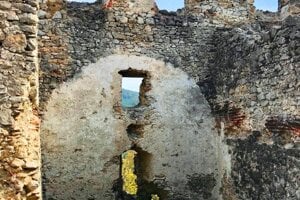 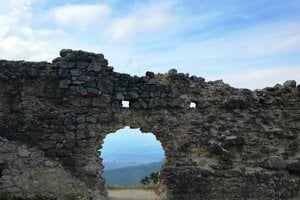 On the way to Tematín castle, Piešťany will greet you from afar and invite you for a visit. This spa town was already inhabited in the Stone Age.

Well, even the Stone Age people were attracted by the unique mineral springs.

But we are also drawn to the Slavic period and the former Slavic settlement Kostolec-Ducové, located only a short distance from Piešťany.

There are several hiking routes to the Tematín castle.

It gazes from the forest, easily visible from the highway, so close, but still so unconquerable and far away.

It is not important which route you choose, each leads through the trees, through the meadows with familiar or stranger flowers, until the white castle walls pop up.

Cruel castle lady and a dragon

Standing among the strong castle walls, you will feel their power, and the legends will start to appear in front of your eyes.

The first one is about the cruel castle lady, Anna Rosina, the wife of Stanislav Thurzo, the witch of Šintava, the second coming of Elisabeth Báthory.

In the absence of her husband, she tortured and killed women and men.

The second is about a dragon that lived close to the castle and terrorised the inhabitants. Finally, they prepared an ambush and caught him.

Only a deep trap in the Tematín castle is reminiscent of his presence. This trap was probably used as a hidden tunnel from the dark castle prison.

Humanism and the Renaissance brought change.

They rekindled the light of Antiquity, following Heraclitus’ words: "There is nothing permanent except change".