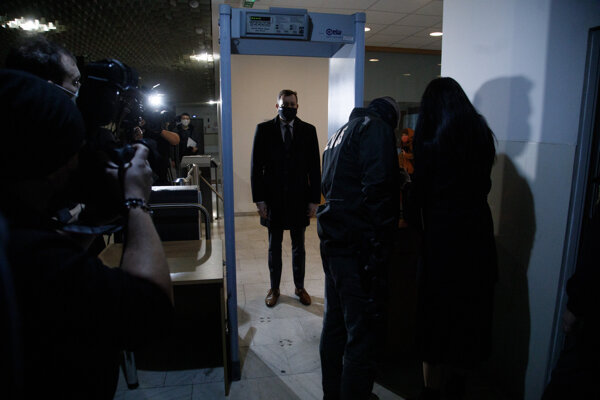 After the general prosecutor was elected, the MPs will soon vote to fill another important post at the prosecution service. In order to fulfill the legal requirements to run, known lawyer and a favourite for the Special Prosecutor post, Daniel Lipšic, obtained the necessary security clearance with the help of his former political ally.

Prosecutors Ján Šanta, Peter Kysel, Vasiľ Špirko and lawyer Daniel Lipšic, the only non-prosecutor among the four, vie for the post. The election of the Special Prosecutor will follow after the public hearing of four candidates, expected to take place over the first two days of February. The path to the post opened for Lipšic after the lawmakers changed the legislation in 2020 to allow non-prosecutors to run for the post.

But as a non-prosecutor, Lipšic faced an additional problem. Candidates for the top Special Prosecutor's Office job are required to have top-secret security clearance to apply. While the prosecutors who are running for the post can rely on the General Prosecutor’s Office to submit the application for the clearance for them, Lipšic had no such option. The law does not allow him to do it for himself, the Sme daily reported.

Lipšic, who previously served as justice, interior minister and as a lawyer representing the Kuciak family in the murder of journalist case, obtained the clearance anyway. Labour Minister Milan Krajniak helped.

“The circumstances of how lawyer Daniel Lipšic gained his clearance have raised doubts about the interest of the candidate to act transparently under every circumstance,” Katarína Batková, director of the non-governmental transparency and judiciary fairness watchdog Via Iuris said, as quoted by TASR.

Lipšic would have done better to point out the discriminatory conditions for candidates publicly, and seek a remedy to the problem, according to Via Iuris. The organisation also claimed that it is very non-transparent when the public learns about problems with candidacy and security clearances from media reports.

No time for clearance