What is the Slovak interest in Visegrad?

V4 as one power bloc in the EU is not a good idea, writes the Slovak foreign minister. 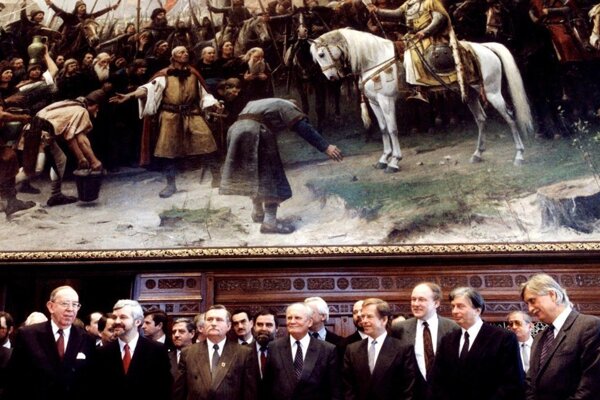 Ivan Korčok is Slovakia’s minister for foreign and European affairs

The Visegrad cooperation between the four countries of Central Europe – the Czech Republic, Hungary, Poland, and Slovakia – is marking 30 years. My career in Slovak diplomacy is only one year shorter than that, hence I have many experiences and many memories of the Visegrad Group (V4) to share.

No to a power bloc

In May 2003, then Sme daily commentator Marián Leško published an opinion piece about the future of the V4. He was responding to my earlier claim that “the V4 would survive even the EU accession, but it should not act as a power bloc within.”

Leško’s column hit right home. He put my statement in contrast with what then PM Mikuláš Dzurinda said in response to the same question about the future of the V4 – a much more diplomatic response than mine. “The V4 can bring sensible cooperation and that is why we support it,” he said.

By coincidence, this exchange took place on the eve of the prime-ministerial V4 summit in Prague. On the plane en route to Prague, Dzurinda schooled me about it, asking me if it was necessary to say what I said just then.

My statement resonated yet later, when our Polish friends insisted that our then ambassador, Magda Vašáryová, was explaining why we were questioning the V4.

It has been 17 years since that episode, and I stand by my claim. I will explain why. First, I want to assure everyone that I do not belong among those calling for Slovakia to leave the V4. The group has strong support across the political spectrum in Slovakia, and Mikuláš Dzurinda with his diplomatic answer from 2003 is right.

I will add that the the V4 shall not be seen only through its life within the EU. That life is lived regardless of the EU, and has a value for us that we should develop even more than we have so far – mainly in culture or infrastructure.

But when it comes to the V4 in the EU, my attitude is fully aligned with what our coalition wrote in the programme statement of this government: “We consider the V4 important for regional cooperation, and that is why Slovakia remains its active member.”

The support for the interests of Slovakia and the contribution of the V4 to common solutions in the EU will be, however, the main criterion of our work in the regional grouping.

What is good for Slovakia