Courage is the essence of coolness 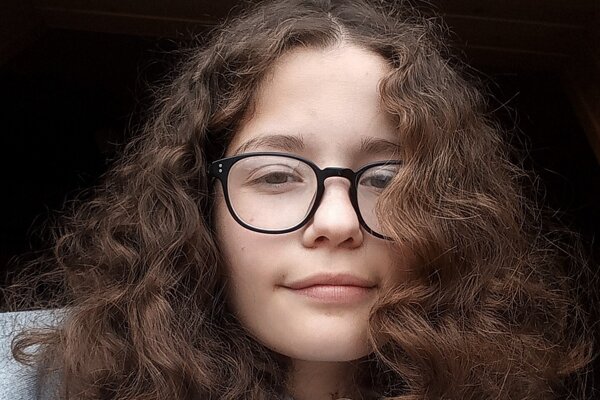 A 15-year-old student from Gymnázium blahoslaveného Biskupa Gojdiča in Prešov, Anna Samseliová chose the topic of "What does it mean to be cool in the modern world". Anna was pleasantly surprised to be awarded 3rd place in Category A because it was not that easy for her to write it, but - in her words - it paid off.

It might seem to us, that being cool is following the newest trends, listening to the right music, wearing right clothes or to follow what most people follow. When I was doing my research on this question most articles were talking about same thing. People want to strengthen their social positions and they also need to impress. It is a natural human quality. Feelings of shame or respect always take us one step further in life. This is the case for all people but the word “cool” or “coolness” is associated mostly with adolescents. But why? We want to be accepted into the group of those cool people. It can be way of copying famous people or modern influencers.

If we looked around in the city, then probably 9/10 young people would behave and dress the same. But what about the one remaining? Surely it would be someone who goes against the flow of trends. Sometimes it may not be clear at first glance, but if we got to know him better, we would certainly see a difference in behaviour and thinking. According to the article dealing with this topic, there are only 2 types of people. And those are – “When you are socially successful with your self-confidence, personal skilfulness and attractiveness or you are a tough, adventurous rebel.” But there is definitely someone who is something in the middle. And these people are called “different”.

For many, being different is cool. It does not have to be just in terms of style we dress or the music we listen to. It is also in meaning of our way of thinking and our opinions. Have a look at what brothers Alex and Brett Harrison´s said: “Our century has become the century of teenager. The entire film, music, fashion and fast food industry and countless online services revolve around teenage habits.“And these habits should be formed mainly in the milieu, where they are growing up, by parents or educator. They are forming young people in their beliefs and they are the first who are influencing them, so here it is the most important. The world generally offers us opinions and various mindsets and the mistake is when teenagers are looking for their ideals there. Of course, not all of them are bad and also can have a positive effect on them, but the parent or educator has the first important role. Problem is, that teens are thinking, that they should be alone in everything and they should not interfere in their activities. But life is not just about some movie hero, it is work on us, to become heroes for ourselves.

We are all unique and we should develop into our gifts and talents. Many ask how to get started. It is not that complicated. Work on yourself with courage, overcome your laziness and start looking for what we enjoy. When we try new things and do them, we can one day become successful people. And that is just because we worked on ourselves and it did not cost us that much.

It all starts with courage. There are many young and successful people and it was still about the same thing. Courage, overcoming and work. Yes, we are all different, we have our time and our possibilities. For some, working on oneself can only be when he starts reading a book, for some, when he does a good job on his painting. But sometimes we waste our time so much that in the end just breaking away from social networks is a challenge for us.

“We often give up the potential that is in us and waste the most valuable years of our lives, these are lost opportunities that will never return.” say the Harrison brothers. Every day is full of these opportunities, we just have to look for them. And when we try and live to the fullest, we will be different, unique and cool. We should be cool especially for ourselves and not for others.

For example, a boy who was diagnosed with cancer and told that he only had some time here, began to live in full only then. He wrote a song which had a lot of views in a short time and changed the lives of many. He began to notice other things and began to think differently. Finally, he said this beautiful sentence: “You don't have to find out you´re dying to start living.” It is not a complicated sentence, it is just about living each day to the fullest, with sensible activities. We do not have to know that we are in danger just to take advantage of every precious moment. The end can come at any time and suddenly, so be careful not to regret our wasted time here on earth. This is just the story of a boy from whom we can take an example and change. And now you can even watch a movie about him.

We can change the world only with our smaller steps. Also think of this nice sentence, which was once uttered by an athlete: “Follow your dream, believe in yourself and be grateful for what you have.”