The ministry proposes curbing their powers like under the totalitarian regime, universities claim. 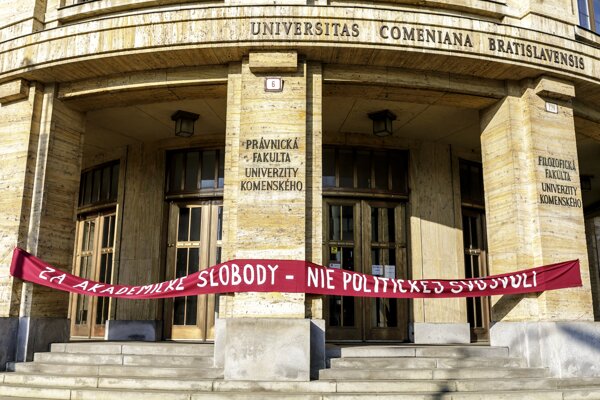 Some universities have been on strike alert since the beginning of the month. They oppose the amendment of the law on colleges and universities as proposed by the Education Ministry. Some talk about a return to pre-1989.

The university law is to be amended this year. But the way the ministry proposed the wording of the law has met with stark opposition among universities, which claim that it opens the doors to political influence at colleges and universities.

“The proposed amendment not only worsens the conditions for increasing the quality of education and scientific activities, it also puts universities directly in the position of being in thrall to political nominees,” reads the official statement of Comenius University.

Students have also expressed their disagreement and they stand by their protesting schools, which demand the amendment to be rewritten.