Slovakia can do better than Tiso

Why countries glorify war criminals – and what to do about it. 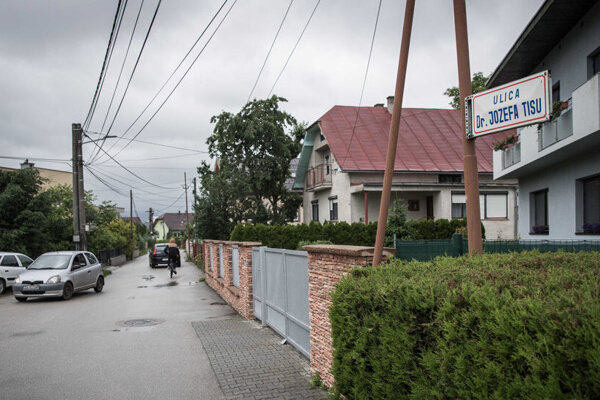 A street in the village of Varín in the north of central Slovakia bears the name of Jozef Tiso, the controversial President of the Slovak State during the Second World War (Source: Sme/Jozef Jakubčo)
Font size:A-|A+  Comments disabled 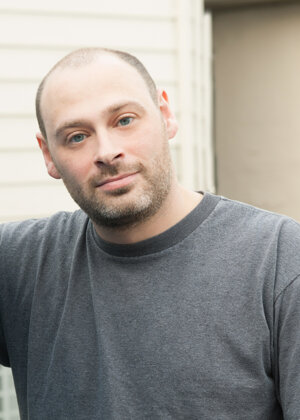 Golinkin is an American writer who arrived in the USA via Germany in 1990 as a nine-year-old child refugee from what was then Soviet Ukraine. He later described his journey in a memoir, A Backpack, A Bear, and Eight Crates of Vodka.

After the 2014 Maidan revolution in Ukraine, Golinkin started noticing what he calls the whitewashing of Holocaust history in Ukraine, and gradually came to observe that a similar trend had been occurring in other countries, including Lithuania, Latvia, Poland and Croatia as significant examples. One significant embodiment of this trend is the monuments to Nazi collaborators that have mushroomed across eastern Europe.

As someone who has covered the far right and white supremacist movements, he also noticed that these new monuments would quickly attract young men bearing torches, who would flock to them to mark anniversaries or other events they regard as significant.

“I think it's really wrong to watch history be reshaped before our eyes,” Golinkin told The Slovak Spectator. He does not believe that tearing down statues solves the problem, and advocates for more creative solutions. As a writer and reporter, he came up with his own response – to document and catalogue monuments to Nazi collaborators around the world, with the help of “an army of local journalists and activists”.

Golinkin first published his database of the astonishing 320 monuments and street names in 16 countries on January 27, Holocaust Remembrance Day. He also observed what he describes as a worrying trend: the vast majority of the statues marked on his map have been erected in just the last 20 years.

“The Holocaust isn’t just being forgotten, it is being perverted via historical revisionism that is turning butchers into heroes,” Golinkin wrote.