This is the only discovery of its kind in Trnava Region. 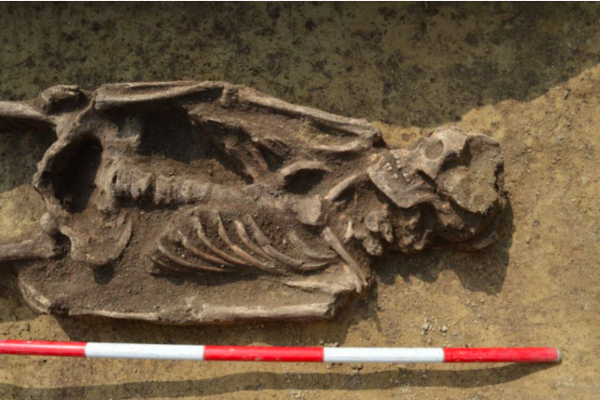 Archaeologists have found the remains of a burial ground from the Great Moravian era in Slovenská Nová Ves, near Trnava, where developers plan on building new apartment buildings.

This is the only discovery of its kind in Trnava Region; an unknown burial ground from the times of Great Moravia is a finding that comes around only once every few years, Matúš Sládok of the Trnava Regional Monument Board told the TASR newswire.

The burial ground dates back to approximately the 9th century. 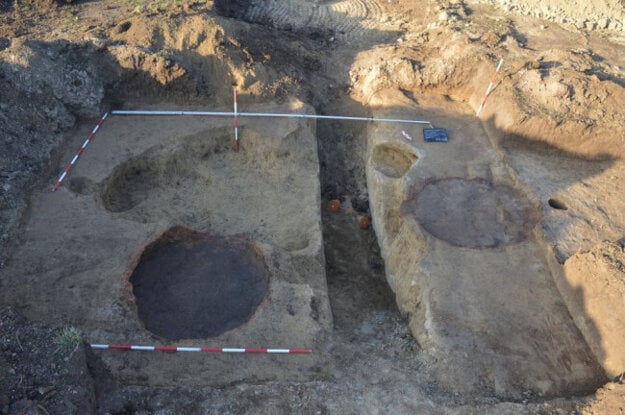 The graves from the Great Moravian era (Source: Róbert Ölvecky)

"The graves were set apart at regular distances and oriented in a west to east direction, with the head buried on the west side," Róbert Ölvecky, head of the expedition, told TASR. "The bodies were laying down in a straightened position on their backs."

Several items made of ceramics and iron were found near the bodies, including a bronze earring. Archaeologists also discovered four ovens with many ceramic items from the middle ages.

After a further analysis is done, archaeologists will be able to accurately determine the age of the objects, Ölvecky added.

This is a regionally recognised discovery that will enrich the local history and the map of the region, according to Sládok.

"It will also allow for further studying and analysis of the age, social structure and health status of the population living in Great Moravia," said Sládok, as quoted by TASR.