Vehicles do not keep to the speed limit. Activists registered a car driving at a speed of 92 km/h in the city centre. 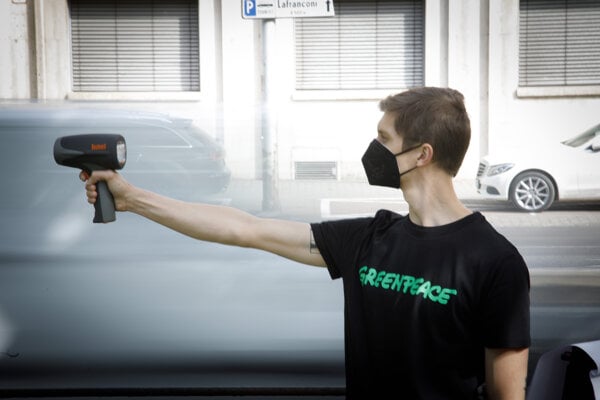 Environmental activists are calling for more traffic calming measures in Bratislava. They believe that the security of people in the centre can be increased by zones with a maximum permitted speed of 30 kilometres per hour. The activists claim that Bratislava has been suffering from a high mortality rate among pedestrians, polluted air and the increasing number of cars on roads. The traffic situation in Bratislava and Slovakia over the long-term is the worst in the European Union.

“Most streets in Bratislava are suitable for the creation of 30km/h zones utilising traffic calming elements, as we see in other cities where traffic and city life work a lot better,” said Kristína Griačová from the civic association Cyklokoalícia devoted to bicycle transport, as cited by the SITA newswire. “Using such measures could lead to an improvement of security for all residents in a relatively short period of time.”