In the region of the lonely forest people: Starý plášť

This mysterious and isolated mountain is proof of patience and endurance. 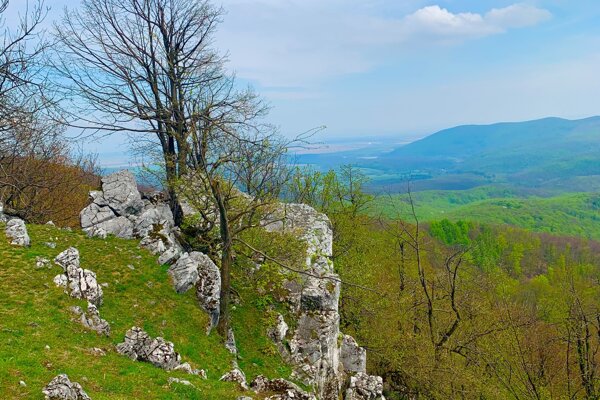 It was not Bratislava, nor Banská Štiavnica.

The favorite place of the Empress Maria Theresa was Holíč castle located near Skalica, the westernmost royal Slovak city, in the Záhorie region.

When 23 year old Maria Theresa became the ruler of the Austro-Hungarian Empire nobody anticipated the revolution.

Nobody knew that she would mint the Maria Theresa thaler, a silver bullion coin and a type of Conventionsthaler that has been used in world trade continuously since 1741.

Nobody knew that she would progressively abolish mediaeval torture, and would endeavor to increase the living standards of the people.

And that she would introduce massive education reform including compulsory education.

Nobody anticipated that she would open a manufactory in Holíč. And that she would support the planting of the pine trees in the Záhorie region to prevent sand from being blown onto the tables of Holíč castle.

And no one even knew that she would invite Holzhackers (a German word, which in English is lumberjack) or Huncokárs, who called themselves "forest people" from Tirol and Bavaria to settle in Slovakia.

Who were these mysterious Huncokárs?

They were forest wardens who lived isolated in the Small Carpathians in harmony with nature. They were the first peaceful activists and forest engineers. The Huncokárs came here to introduce modern methods of logging. They cut down trees and chopped wood in the forests, and they also transported the wood to the roadside and cleared the forest. They lived in closed communities with their own culture, habits, language, and religion. They gathered, helped each other, and married amongst one another.

And one of them was Gáži Ámon, who gave his name to the Ámon meadow located in the Ámon valley.

In the Small Carpathians. 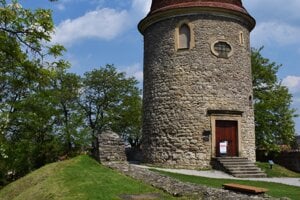 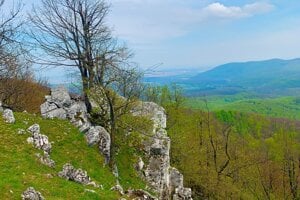 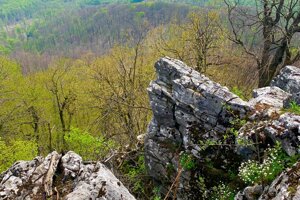 A hike to Starý plášť (9 photos)

This massive ruin is located on the high rocks above the main road. It is not only the place connected with the Slovak remake of the Trojan war, but also a place whose ancient strength you can test while climbing and admire from above while paragliding.

The blue marked hiking path continues through the forest among a green carpet of wild garlic, and passes the largest ancient Celtic settlement, Pohanská, until reaching the Báborská saddle crossing. Here you will take the yellow marked hiking path to get under the gigantic rocks of Jelenia hora mountain. Then the green marked hiking path will lead you to its summit. You will pass scented pines, cross the grass where lazy snakes and bright lizards bask in the sun. You will watch colorful butterflies. Imagine, more than 500 species live here! And the pern will spread his wings in the sky. Until you reach the top. Here the rocks have bizarre forms, and the silhouette of Plavecký hrad castle hovers over the horizon.

After a short break in the shadow of the trees you will continue to the Kubašová crossing. And there you will have the words of the inventor of the telephone, Alexander Graham Bell, in your mind. He once said, that time to time, it is good to break the rules and leave the marked paths, get lost in the forest to explore the miracle of the present moment. So you will. And take an unmarked forest path to Starý plášť mountain.

This mysterious and isolated mountain is proof of patience and endurance. Not everybody finds it, not everybody may draw near to it, nor reach the summit.

But if you decide to play this game, you will take an uncertain journey through the forest. You will pass twisted trees, white rocks, you will wade through fallen leaves. And if you hold on and show your strength, you will get to a platform edged with limestone reminiscent of the neighboring Čierna skala mountain. Here you will sit on a bench and admire the calming view of the never-ending green rounded hills of the Small Carpathians.

On the road back, you will recross the Amon meadow, where Gáži Ámon used to live, and Báborská mountain, unexpectedly charming, unexpectedly steep.

The sand dunes in the Záhorie region could have changed into the Slovak Sahara desert if Maria Theresa hadn't planted the pines here. Forested even now, this place still has this rugged and wintry atmosphere.

And why pines? They have deep roots and can withstand the dry conditions. They are stable when the wind blows fiercely. And they are strong.

Like Maria Theresa was. For 40 years she survived threats , she changed the fallen and backward kingdom into a blooming empire and set the trends.

She was progressive, modern, opened the door to Enlightenment and knowledge. And what did she have in common with the Huncokárs women? Equality, caring, and commitment.

The forests of the Small Carpathians are not dense, nor deep. But even here you can feel as lonely as Herman Hesse's Steppe Wolf.

As lonely as Maria Theresa was on her throne. Or as the Huncokár women.

It is the loneliness of Starý plášť mountain.