River Park stands over the Danube and offers luxurious apartments and office spaces. 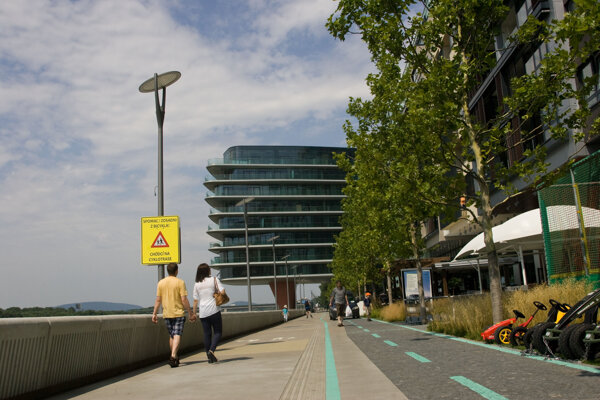 On the banks of the Danube between what was formerly the Park of Culture and Leisure and the SNP Bridge, River Park is now principally a residential, commercial and hotel complex comprising flats with a river view and offices peering over the busy street.

Part of it also houses the five-star Grand Hotel River Park, with 231 rooms, including the presidential apartment, which opened in 2010. The original architect was Erick van Egeraat, from the Netherlands, whose plans followed the demands of the city to harmonise the shape of the complex with the silhouette of Bratislava behind it.

Egeraat designed his structures to avoid conflict with the height of the buildings, even if the finished product may have strayed from the original plans. The construction drew some critical responses from civil activists, who protested against the loss of urban greenery.

Before it became a multifunctional complex, the site was part of the promenade along the Danube River with a stone balustrade. 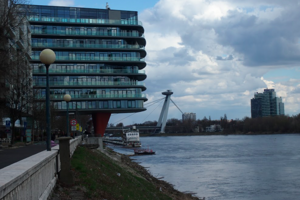 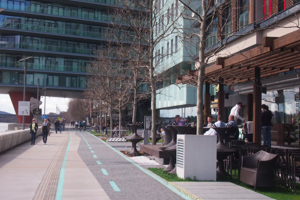 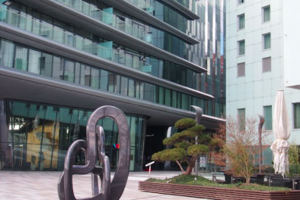 Restaurants, bars, shops and other services in the complex are generally open Mondays through Sundays.
For more information see the website of River Park.