The New Bridge with a UFO at the top offers a unique view of the city from 85 meters high. 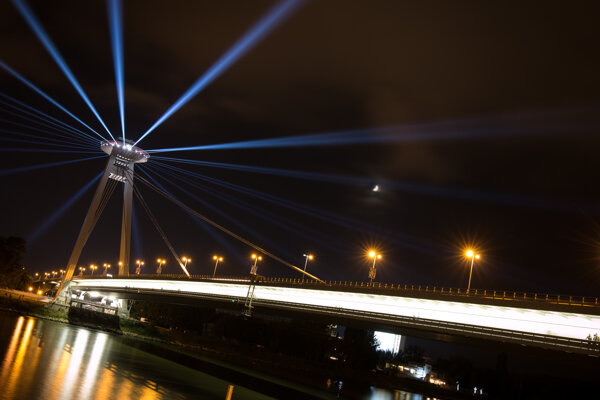 The construction of the iconic cable-stay bridge suspended over the Danube, between 1967-72, destroyed significant sections of the Old Town and the former Jewish quarter and cut the castle away from the city.

Originally named after the Slovak National Uprising (SNP), the bridge was officially renamed the New Bridge between 1993-2012, reflecting the popular name for it among city residents. But it officially reverted back to its original name in 2012.

The only pylon of the bridge is topped with a pod in the shape of a flying saucer, and houses a restaurant 85 metres in the air.

The original concept was that the bridge should resemble the driver of a carriage, with the steel cables representing reins and the pylon the driver with a hat. Its actual appearance is best reflected in its colloquial name: the UFO bridge.

There is an observation deck above the restaurant offering 360° views across the city and into Austria, made accessible to the public after the fall of the previous regime. Apart from a beautiful view, the UFO restaurant offers a skywalk on a narrow window board around the restaurant. 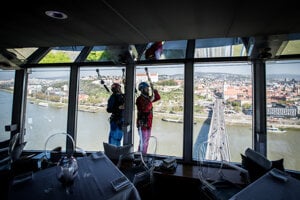 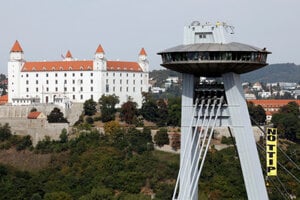 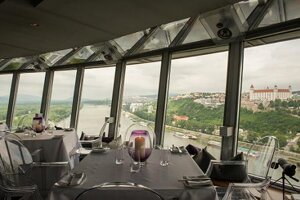 Bridge of the Slovak National Uprising and UFO Restaurant (7 photos)

The observation deck, bar and restaurant are open Mondays through Sundays.

Admission is 8.90€
Prices for students and the elderly are reduced.