Historical family photos allow a peek into the lives of Pressburgers

Views of places that no longer exist, historical photos of a rowing or athletics club or from a cooking class at a girls’ school. 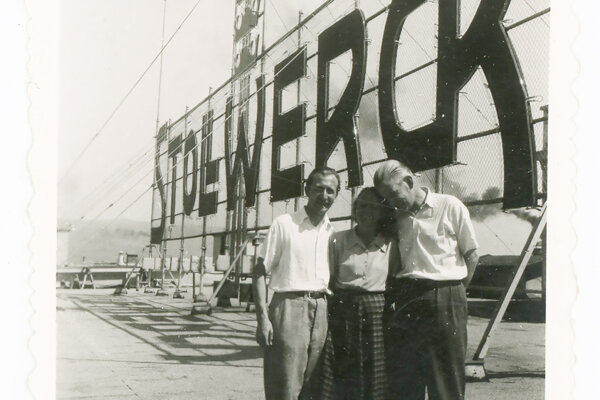 A photo of father of Monika Sweighofer with his colleagues on the roof of the chocolate company Stollwerck (later Figaro). (Source: OZ Bratislavské Rožky/Monika Sweighofer)
Font size:A-|A+  Comments disabled

Bratislava is the centre of the world for Mihály Brogyányi even though its location makes it more of a crossroads. Here, the lowlands meet the mountains, the Danube with a castle, the north with the south, the East with the West, the Hungarian, German and Slovak languages, culture, religions and worldviews that enrich the people.

The story of Brogyányi’s family is one of nine presented at the We Are Old Pressbugers exhibition, marking the tenth anniversary of by the Bratislavské Rožky civic association, devoted to promoting Bratislava’s history. The word Pressburgers refers to families that used to live in the then Pressburg, today's Bratislava, when it used to be a trilingual city.

“The city soaked into me and became a part of me - through my ancestors who have lived here for generations, and also through myself, because here I learned to perceive the world,” Brogyányi said, describing his relationship to Bratislava.

About 30 old Bratislava families shared their family photos and documents with Bratislavské Rožky during the first decade of its operation. The civic association scanned them with the help of the website Memory of Bratislava (PamMap), combining a database, an encyclopaedia and historical atlas with a sophisticated searching tool, turning them into a public asset preserved for future generations. 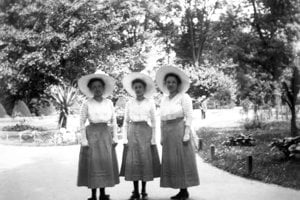 “Cooperation with these people has led to close working relationships and friendships,” Sándor Papp from Bratislavské Rožky told The Slovak Spectator. “With their active ties to Bratislava and family heritage, they represent the local multinational tradition and contribute to the re-awakening of local Bratislava patriotism.”

What it means to be a Pressburger