Cage of shame installed in Krupina. A witch’s heart to be next

The cage is placed near the town hall, where the original used to stand. 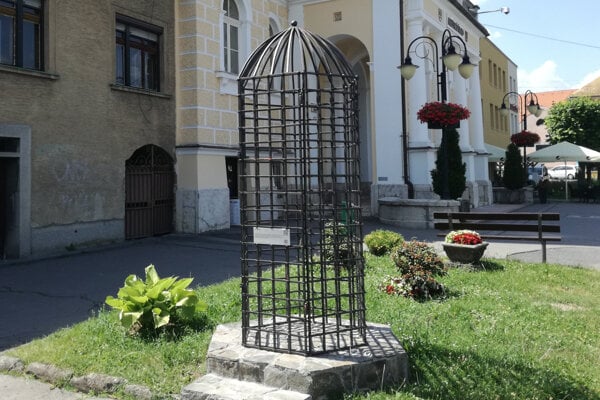 The cage of shame has returned to Krupina, this time as an attraction for tourists. (Source: Jozef Poliak/TASR)
Font size:A-|A+

What did it feel like to be caged in public? A central Slovak town decided to answer this question by providing tourists with a proper shameful experience.

Krupina, a town near Zvolen, reinstalled the cage of shame in its historical square where a similar device stood in the 18th century, and where thieves and offenders were put.

Explore Slovakia with one of the Spectacular Slovakia travel guides.

Apart from the new cage, a "witch’s heart" will be included in a list of attractions as witches were imprisoned in Krupina.

The replica of a cage

The cage near the town hall is believed to have declined in the 19th century. Its original appearance has not been preserved, but historical records suggest that the device in which people were caged and publicly shamed could spin around.

Today’s cage is a copy from 2020, which was made according to a drawing by local blacksmith Branislav Zelman. The inspiration came from other ancient cages that can be found in several Slovak towns such as Levoča and Kežmarok.

“The replica of our cage is made of metal and stone,” said the Krupina mayor Radoslav Vazan, as quoted by the TASR newswire. 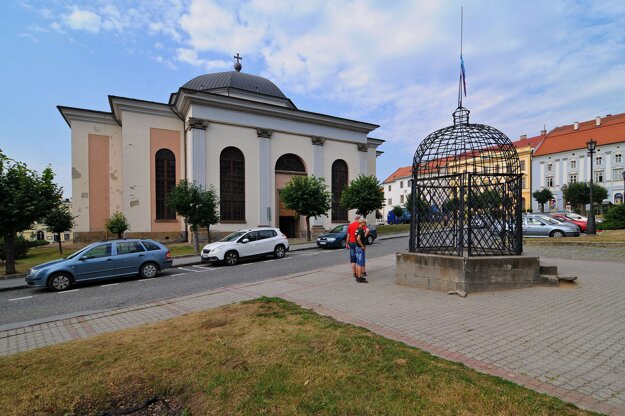 The cage of shame in the eastern Slovakian town of Levoča. (Source: Oliver Ondráš/TASR)

The cage is part of a circuit following the steps of Krupina-born poet Andrej Sládkovič, who wrote the world’s longest love poem Marína.

The municipality, referred to as the town of witches, is planning on installing a "witch’s heart" in the public space as well.

Although suspected witches were never put in the cage, they were imprisoned in the cellars underneath the Krupina Town Hall. In 1675 alone, up to 14 women were found guilty of practicing witchcraft during witch trials.

They were burned alive outside Krupina.