Today we would call her an activist. Alice Masaryková, daughter of the first Czechoslovak president

She carried out her work with her entire soul, historian opined. 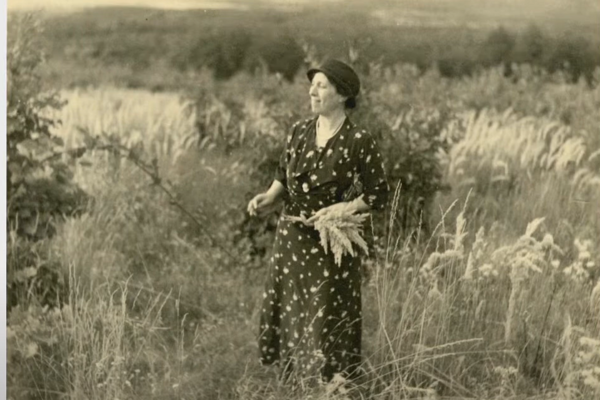 “She was a very practical person who needed to have a person nearby whom she could help. She put herself into her work with her whole soul. She was very authentic; she believed in what she was doing.”

These are the words of Dagmar Hájková, historian of the Masaryk Institute and Archives of the Czech Academy of Sciences when speaking about the life and work of Alice Masaryková at a recent seminar dedicated to her.

The seminar took place on the occasion of the 55th anniversary of the death of the oldest daughter of the first Czechoslovak President, Tomáš Garrigue Masaryk, in the Slovak National Museum in Martin. The seminar was held in cooperation with the Masaryk Institute and Archives of the Czech Academy of Sciences, Historic Institute of the Slovak Academy of Sciences, and the Embassy of the Czech Republic to Slovakia.

Alice Masaryková is mainly seen as the daughter who took the position of First Lady instead of her mother Charlotta. Yet Alice made significant steps in the field of social and health care and was one of the founding members of the Czechoslovak Red Cross.

At the seminar, Dagmar Hájková explained that Alice grew up in an intellectual family, in a cultivated world, where the emphasis was placed on individuality and a healthy lifestyle, responsibility and helping those who needed it.

Alice tried to follow in the steps of her father, a university professor. As the only one of her siblings, she had a university education and so at the beginning of the 20th century she belonged among erudite and educated women who travelled a lot, Hájková noted, adding that she spoke German, Russian, French, English and a bit of Italian.

“But she did not live in an intellectual enclave,” Hájková explained. Alice spent parts of her childhood living in Slovakia. From 1888, the Masaryk family kept returning to the house in Bystrička, today a borough of Martin, a town in northern Slovakia. She kept returning there as an adult.

The only woman among medical students

Alice became acquainted with work in the homestead and social problems. This only confirmed her social feelings and she focused on the health, social and charity field of work.

She started to study medicine, but she quit without obtaining a degree. The reasons were being in an environment full of men who looked at her scornfully, as well as her short-sightedness and the lack of the spiritual dimension to her education. She studied sociology, history and philosophy instead.

The real turning point was her study work with migrants in Chicago between the years 1904 and 1906, where she became familiar with the work of American social workers, Hájková explained.

“When she returned to Prague before the war, she chose the career of social worker, intellectual and today, we would say, an activist,” said Hájková.