Over 90 percent of entrepreneurs reported lower sales this spring compared to last year. 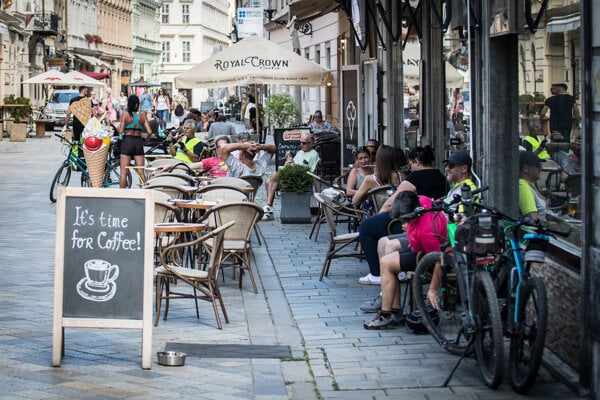 As much as 52 percent of all businesses say another lockdown would be a threat to their existence.

This information comes from a study done by the Pomoc pre Gastro (‘Help for F&B’) initiative, in which almost 600 restaurant, diner owners and other business entrepreneurs from the Food and Beverage sector participated at the beginning of July.

Up to 46 percent of businesses owners report fewer customers compared to the beginning of the coronavirus pandemic in Slovakia. 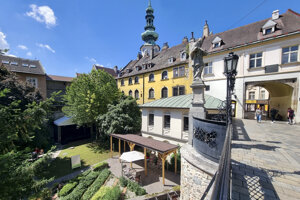 “We know that a lack of customers is not something universally reported, but there are regions where customers are missing, or only half of them have returned (30 percent), something also indicated by our research," stated Magdaléna Koreny, spokesperson for the Pomoc pre Gastro initiative, as reported by the TASR newswire.

With more people going abroad, and foreign tourists discouraged by restrictions on the borders, the initiative expects the summer to turn out worse for them than the summer of 2020.

The initiative's survey shows that the F&B industry never got the help it needed from the government, resulting in businesses closing down from lower sales during the springtime. The survey shows that 9 percent of establishments didn’t survive the second wave of the pandemic.

Koreny highlighted that based on the most recent information from FinStat, the F&B industry saw a 27 percent year-on-year decrease in sales for 2020.

“We are trying to be optimistic, but it is tough,” said Natália Haramiová, a signatory of Pomoc pre gastro, as quoted by TASR. The entrepreneurs in the sector are forced to raise prices due to higher costs for raw materials and labour while facing a shortage of qualified personnel. "That is our chief problem. Many of us have the feeling that the government is no longer considering compensating businesses that it closed down. Our problems were not solved by just reopening."

Fears of a third wave are growing, according to Koreny, and the fear of another lockdown is real for many.

“The government didn’t learn its lesson from the first wave and some have the feeling it learned nothing from the second wave either. Thus, there are no mechanisms in place if there is a third wave," she said. "And it is business owners most of all who would need to know any plan regarding a third wave, especially the precise rules and procedures."

They are still waiting for the government to present a plan for drawing aid in case lockdowns resume, she added.