Under this mediaeval Slovak town lies many ancient cellars

Krupina is honeycombed with underground cavities. 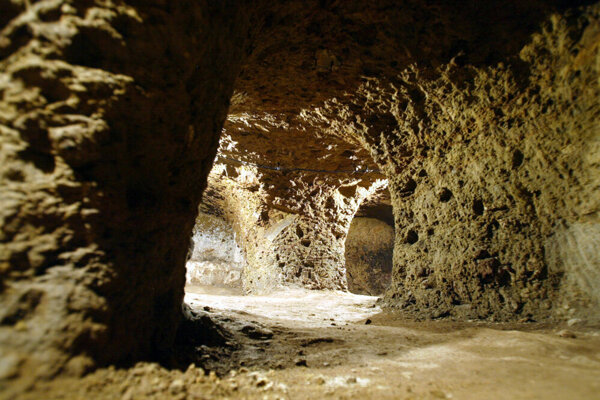 The second-oldest royal town on the territory of Slovakia, Krupina, may seem like a typical Slovak town at first glance. But its vast system of underground cellars is anything but ordinary. 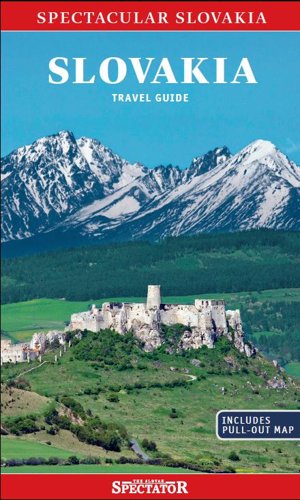 A helping hand in the heart of Europe offers for you Slovakia travel guide. (Source: The Slovak Spectator)

Used as freezers and bunkers during the war back in the day, some of the centuries-old cellars beneath the surface of the town are now open to the public, the My Zvolen website reported.

The tuff-cut cellar underneath the Andrej Sládkovič Museum is one of the largest underground creations in Krupina and was built eight metres below ground level. The temperature remains steady at about 10 degrees Celsius.

“We can refer to some of the cellars as ice-houses,” historian Miroslav Lukáč of the Andrej Sládkovič Museum said, as quoted by MY Zvolen. “People chopped ice in the winter and stored it in large volumes in the cellars.”

Such an amount had not managed to melt by the time the summer arrived, he noted. But local people did not just use the cellars for food storage. They also needed space for their wine barrels as the Krupina region was surrounded by thousands of hectares of vineyards. 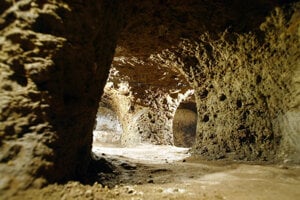 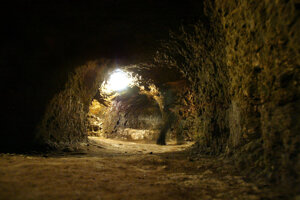 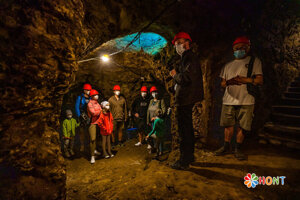 In addition, the town had its own brewery in the past.

Smaller cellars carved into tuff can also be found outside Krupina, in the nearby rural settlements of Červená Hora, Stará Hora and Starý Háj.

Difficult to date the cellars

Krupina residents built their cellars in the Middle Ages or during the invasions of the Tatars or Turks. The way these tuff-cut cellars were made did not change over the centuries, so it is difficult to say when the individual cellars were created.

“The latest data suggests the oldest cellar was built in 1444,” Lukáč noted, as quoted by MY Zvolen. 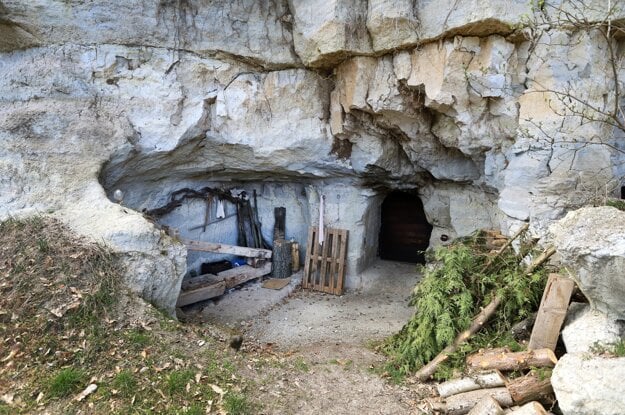 The Mačkáš cellars in the village of Hontianske Moravce near Krupina were carved into tuff rocks in the 17th century. Today, they serve as wine cellars. (Source: Ján Krošlák/TASR)

The first archival documents, however, date back to as early as the 17th century.

“What we know for sure is people did not create their cellars at once,” the historian added, as quoted by MY Zvolen. “They expanded them gradually.”

He went on to say Krupina was already surrounded by fortification walls during the presence of Turks in this part of Europe. The town could not extend its borders as a result. And because several generations lived in one house at that time, they needed to create a bigger space for their food supplies within the house.

Simultaneously, the imperial garrison stationed in Krupina during the Turkish invasions consumed large supplies of food and drink, Lukáč noted.

The underground cellars were of help to residents when Krupina found itself engulfed in flames as well. They served as temporary residences back then. 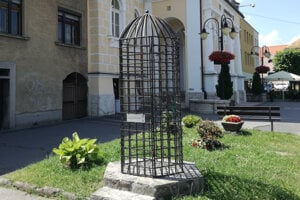 Cage of shame installed in Krupina. A witch’s heart to be next Read more

One of the Krupina cellars was used for hearing and torturing suspected witches, the historian said. Several of them were, in fact, trialed and executed in the town. However, the cellar is believed to be covered with soil today.

When the town was bombed in World War II, the cellars were turned into official anti-aircraft shelters. At one point, two hundred people hid under the museum.

“The regulation said that cellar gates had to be locked,” Lukáč said, as quoted by MY Zvolen. “When a siren sounded, there was no time to look for the keys, people had to run.”

Open from July to October

The cellars differ not only in size but also in their entrances.

Krupina owns two cellars today; one is situated under the museum and the other one beneath a house on Sládkovičova Street. A bigger cellar has been localised under a primary school for children with special needs on Partizánska Street as well.

Visitors are taken to the cellars every last Sunday from July to October. The creation under the museum is accessible to tourists during the opening hours of the museum as well.

Nevertheless, most of the cellars in Krupina are owned by people. Some have been used up until today, others may be covered with soil or flooded. 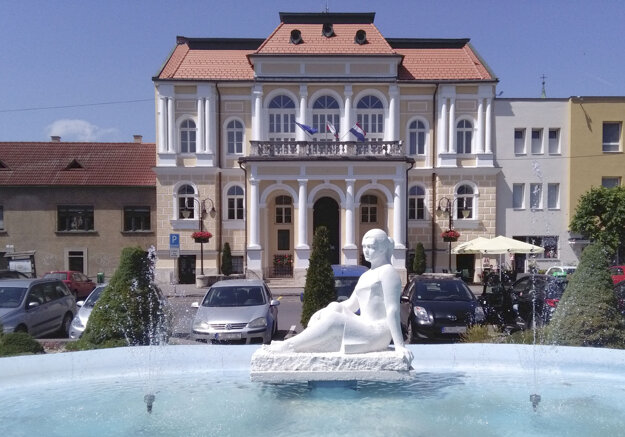 Eight years ago, part of a cellar near the town hall was uncovered due to heavy rains. Today, Krupina invests thousands of euros every year to map the cellars.

“The total number of cellars probably does not exceed 100,” Lukáč said, as quoted by MY Zvolen.