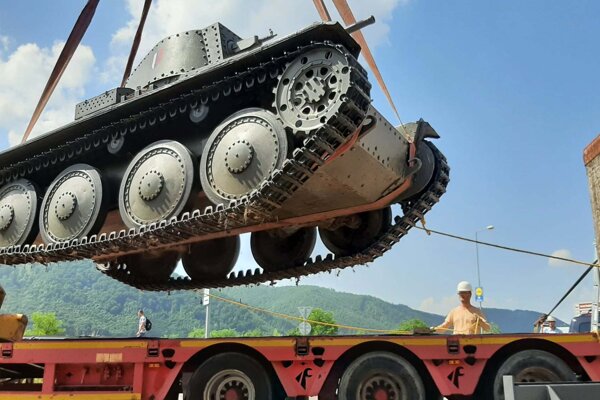 After almost half a century one of the best tanks of its time, the LT-38, which is exhibited outside the museum in Banská Bystrica, will undergo a full restoration.

The 10-ton tank, damaged by different weather conditions, has recently been removed from the Slovak National Uprising Museum and transported to its digitalisation centre.

One of the best WWII tanks

The LT-38 tank, developed in Czechoslovakia, was considered to be one of the best light tanks in the world during the Second World War.

Soon after Nazi Germany invaded Czechoslovakia in 1939, which was the time when production was only starting, some tanks ended up in the hands of Nazis. Although production of these tanks ended in 1942, as many as 1,400 LT-38 tanks had been manufactured before.

Today, historians estimate there are about 10 LT-38 tanks in the world, the public broadcaster RTVS reported.

The army of the Slovak state, a satellite state of Nazi Germany, used dozens of these tanks during the war. Several of these fighting vehicles were even used by partisans in the 1944 Slovak National Uprising to fight against the Nazis.

There was not much space inside the vehicle, though. Only four men could get in.

Experts have already cut the tank into halves – digitally - to see what state it is in. Researchers will study the fighting vehicle for several months to learn more about its origin.

“Under the paint, we should find the number of the tank,” the head of the museum, Stanislav Mičev, told the Nový Čas tabloid daily. The number should help reveal other details. 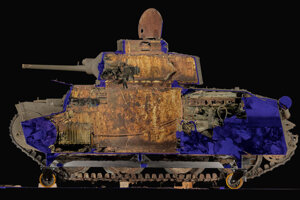 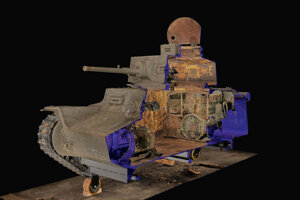 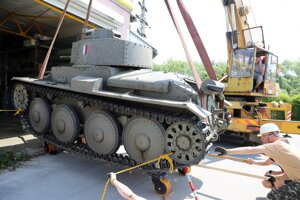 After the research phase, a comprehensive analysis of individual components will follow. The plan is to deconstruct the tank and fix the components or make new ones so that the tank can be driven again.

“It will cost a lot in terms of effort, time and money,” experts agreed.