Romanesque church in jeopardy. Communists turned nearby terrain into a quarry 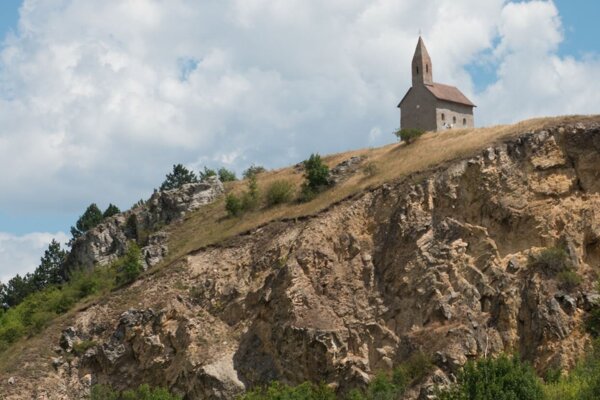 Dražovce, a village at the foothill of Zobor Hill, has been part of Nitra since 1975.

Its first mention comes from the Zobor Charter of 1111. The village represents an important archaeological site where the Great Moravian fortification and graves from the 11th century were revealed.

It became popular for the romanesque Church of St Michael the Archangel from the 11th century. The church stands on a hill overlooking Dražovce, offering beautiful views of the surrounding area. Experts have identified 10 building phases, six of which were done in the romanesque period. Legend has it that the Virgin Mary once appeared before a shepherd and pointed to the decaying church.

Residents suddenly realised the church was in poor condition and began to reconstruct it. Thanks to their huge efforts, it has survived to date.

In 1803, when a new church was built up in the village, the church on the hill stopped serving religious purposes. Under communism, its existence was in jeopardy as the nearby rocky terrain had been turned into a quarry. That is why the church now stands on the edge of a steep cliff. 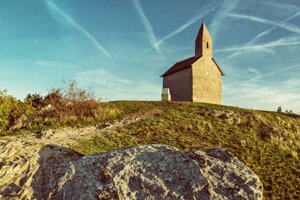 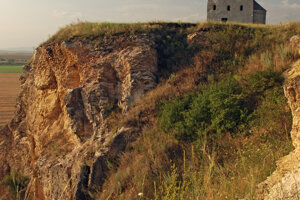 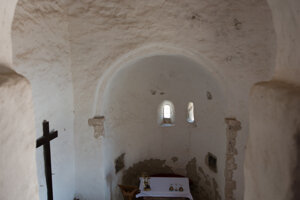 The church opens on the Day of St Michael, but masses and weddings sometimes take place there. A visit to the church is possible on other days but visitors must talk to the local superintendent first.

The church has a rectangular ground plan with a semi-circular apse in the east and a brick pyramid tower in the west. Its invaluable architectural details include the remains of a former romanesque portal and two copies of stone tablets, which are linked to the overhauls of 1780-1829. Inside are restored remnants of romanesque plasters and the late gothic template painting in gray-black and red colours with a rhombus motif.