Visit the place where Polish crown jewels were once stored. 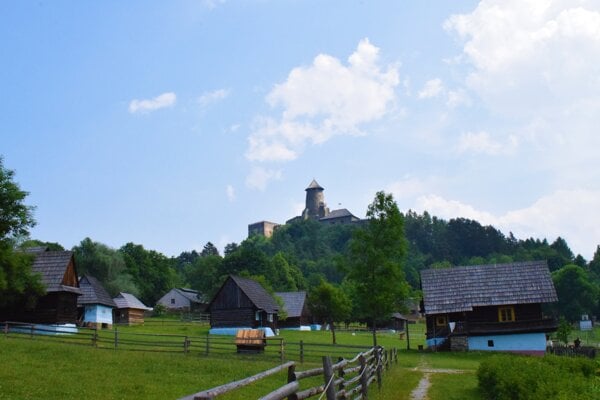 On this day, after a field trip to the Griffith Observatory, the unthinking game of a group of young Americans and their desire for fame ended tragically. They became Rebels without a Cause.

A rebel, a rioter, but also an adventurer and conqueror, Count de Beňovský was a diplomat, explorer, and writer too.

He was uncompromising and very impulsive, landing him in prison in Russia, but he escaped and went on to sail the North Pacific as the first European, long before Captain Cook. He was the first Slovak to visit four continents, and in 1776, on the Mahevelou plateau, he was crowned the king of Madagascar.

He spent some time in a castle.

Yet not in its grandiose rooms.

But in its dungeons, its prison.

A pledge to Polish kings

Stará Ľubovňa Castle, once known as castrum Liblou, castrum de Lyblio, or de Lublow, is located on a 711-metre-high limestone cliff, standing above Stará Ľubovňa in the north-east of the Spiš region. It was the treasury for the Polish coronation jewels, the meeting place of kings.

It was built at the turn of the 14th century when it became a part of the boundary castles system in the north of the Hungarian Kingdom. Besides the protection of the former Polish-Hungarian border, its task was to secure the important trade route passing along the Poprad river valley to Poland.

In 1412, the historical meeting of the Hungarian king Sigismund of Luxembourg with the Polish king Vladislav II took place in Stará Ľubovňa Castle. The castle was pledged to Polish kings and became the seat of Polish mayors.

Through a reconstruction done after a great fire in 1553, Stará Ľubovňa Castle was given a more modern shape of a Renaissance fortress. After the return of the Spiš towns to the Kingdom of Hungary, the role of the castle diminished and the castle itself fell into decay. 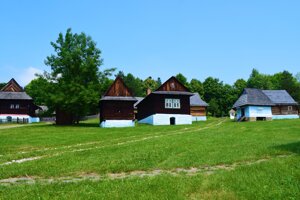 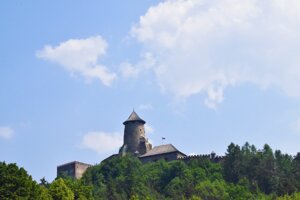 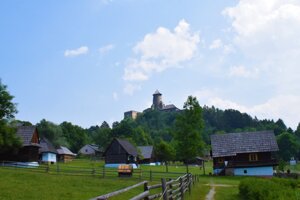 Where Slovak whiskey is made

And as the stork spread its wings over the open-air museum, a set of folk buildings at the foot of the castle hill in Hniezdne, a new delight was created.

Nestville, the first Slovak whiskey, is produced in this village.

On the same site where the oldest Slovak distillery was stood.

Owned by a witch

And what does legend say about the castle?

Once a nobleman, Ľubovenský with his group stopped here. He was enchanted by this place and decided to construct a castle. But everything they built during the day disappeared at night. Later, they realised this place was owned by a witch. So Ľubovenský decided to ask her for permission to build a castle here, in a place he wanted to leave to his sons.

And what happened? The witch agreed under one condition; she asked for his soul in exchange, and he accepted. On the next day, the castle appeared. But Ľubovenský was very unhappy, so he went to a monastery to confess.

The witch found out about his betrayal and decided to destroy the castle. But as she drew near it, the evening bell from the neighbouring monastery began to ring, and she lost her powers forever.

On September 30, 1955, in California during a wild ride, a six-thousand-dollar Porsche smashed headlong into an oncoming white Ford.

James Dean, a rebel without a cause, passed away. He was only 24.

But we can have more greens when we find out where these red lights are and just change our direction.

VaGa Agency is an incoming company concentrating on an active lifestyle, adventure, cycling, and sports tours in Slovakia, in the unique, authentic and safe country, far away from mass tourism. It offers undiscovered and amazing places, tailored-made solutions and very professional, individual guides. For more information, please visit vaga.agency and www.vaga-camp.com.