Opposition and anti-system groups protested in Bratislava and Košice

Protesters blocked the roads in Bratislava, one protest in Košice was attended by a former president. 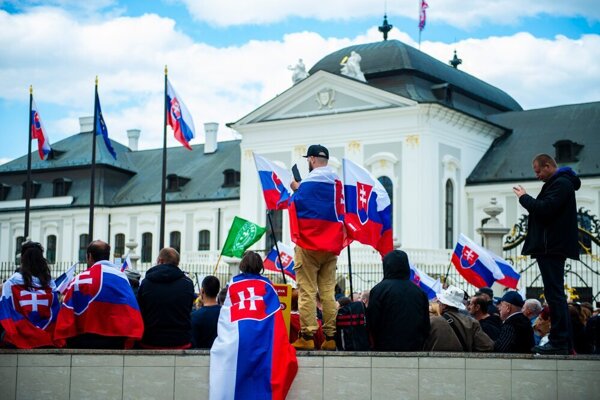 Protest in front of the Presidential Palace on September 1. (Source: TASR)
Font size:A-|A+32

September 1 is Constitution Day in Slovakia. This year, some opposition parties and anti-system groups chose to mark the day with major protests against the government and the pandemic-related measures, including vaccination.

In Bratislava, protesting groups gathered in several locations: in front of the parliament, in Námestie Slobody square in front of the Government's Office, and in front of the Presidential Palace. The protestors disrupted traffic in central Bratislava in the late afternoon. When the police pushed protesters from Staromestská Street to Hodžovo Square near the Presidential Palace, violence ensued. The police used tear gas and batons after verbal and physical assaults by the protestors, the Sme daily reported.

In Košice, one protest gathering was organised by renegades of the far-right ĽSNS, now members of the newly-established party Republika. The protest, held at Dolná Brána near St. Elisabeth's Cathedral in downtown Košice, attracted hundreds of people. There was a clash when one man holding the American flag attempted to join the crowd and a few of the protestors attacked him. Nobody was injured. 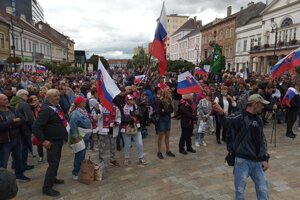 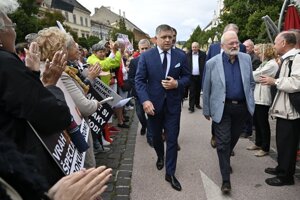 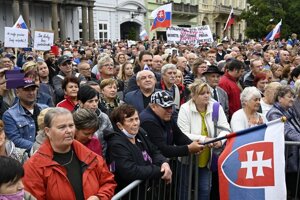 On the other end of Main Street, not far from the Constitutional Court building, Robert Fico's opposition Smer party held its protest gathering. The Korzár daily estimates it attracted a crowd of about 2,500, mostly maskless, protestors. They were addressed from the stage by VIPs of Smer, including Robert Fico. Former president Ivan Gašparovič was also on the stage.

Fico told the crowd that the public has the right to protest when the state is failing and asserted that the state is ceasing to work. He called on the Constitutional Court to act faster and mentioned a number of submissions of Smer MPs regarding the constitutionality of some anti-pandemic measures.

"In return, we guarantee that we will respect the decisions of the Constitutional Court," Fico said.

The Smer leader accused President Zuzana Čaputová of marring the referendum because she turned to the Constitutional Court to evaluate the constitutionality of a possible referendum. Fico pledged that his party will find a legal way to hold the referendum on an early election.

Smer originally called on people to gather by the Constitutional Court but changed the location of their demonstration after the authorities pointed out that protests cannot be held within 100 metres of the court building. Prior to the protest, the police erected barriers around the court.

After the Smer's protest, a group of anti-vaxxers gathered nearby and protested against the anti-Covid measures. There was a clash with the police, with the protestors shouting "fascists" and "Gestapo" at the police. 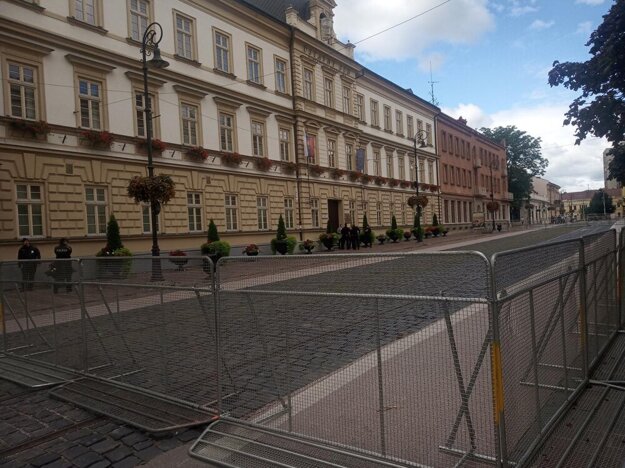 Prior to the protest organised by Smer, activists of the Open Košice initiative held their own protest gathering. Among the dozens in attendance were former KDH leader Alojz Hlina and artist Peter Kalmus.

Ján Gálik of the Košice initiative For a Decent Slovakia warned people against attending the Smer protest. He insisted that he and the activists around him were not defending the government or protecting Igor Matovič.

This group was wearing masks during their protest, which earned them some mocking shouts from passersby, mostly people going to the Smer protest, Korzár reported.